Florida sheriff urges people to arm themselves in case of attack 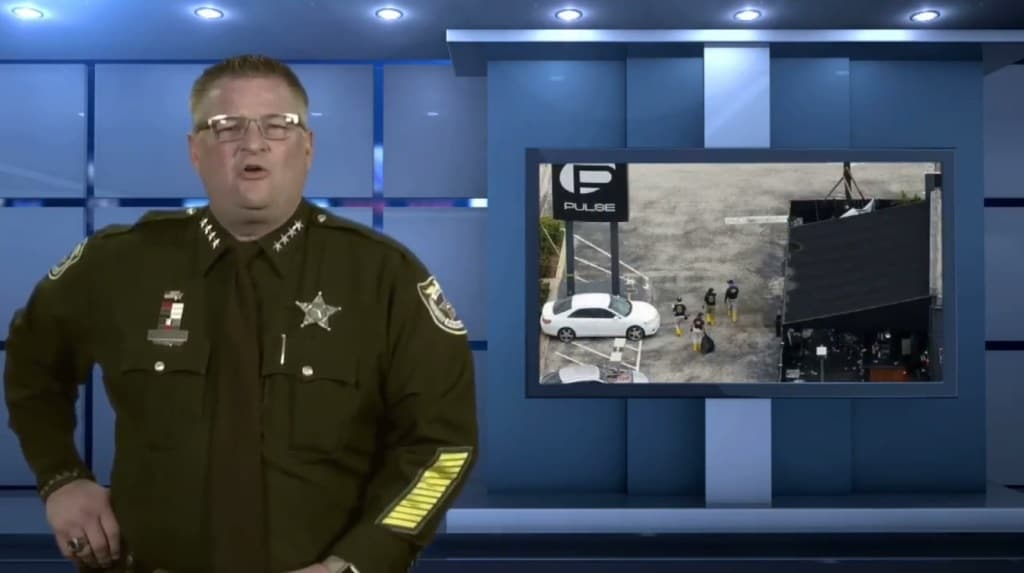 A Florida county sheriff is urging citizens to carry firearms in order to defend themselves in case of another attack like the one that occurred at an Orlando warehouse last week.

In the video, Ivey called on the American people to arm themselves in preparation for the next active shooter or terrorist attack.

“Folks, now more than ever is the time for our citizens to be prepared to serve as the first line of defense, not only for them but for their families when the attack happens,” Ivey said. “And let me be perfectly clear: doing nothing or just hoping it won’t happen to you, is not going to save your life.”

As images of the Fort Lauderdale airport and Pulse Nightclub shooting flashed on screen, Ivey warned that such attacks are “happening all around us” and that the next attack is inevitable, its time and place unknown.

“In my book, what’s next is to fully understand that this is war, and you better be prepared to wage war to protect you, your family, and those around you if attacked,” he said.

The sheriff urged people to take self-defense shooting classes and for lawful gun owners with concealed carry permits to carry their firearms whenever possible.

“No matter who you are or what’s your position on guns, there’s no denying the fact that the only thing that stops a bad guy with a gun or a knife, is an armed and well-prepared citizen or law enforcement officer,” Ivey said.

“There is no doubt that as soon as 911 is called, law enforcement is on the way,” he continued. “However, until they arrive, it is up to you and those with you to neutralize or eliminate the threat.”

For those who don’t have concealed carry permits or just don’t feel comfortable using guns, Ivey suggests people should arm themselves with Tasers or items in the immediate surrounding area, such as chairs, knives, or fire extinguishers.