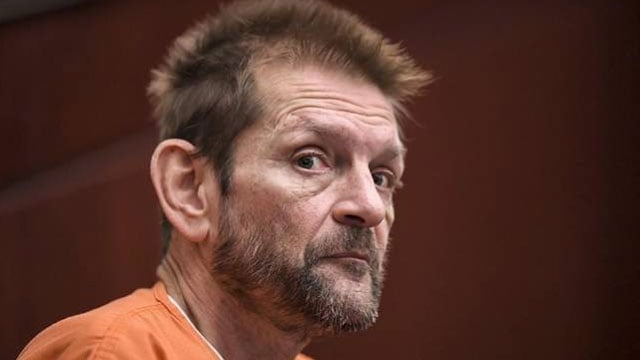 Adam Purinton, who is accused of gunning down three people at a Kansas bar earlier this year, appears in court. (Photo: The Kansas City Star)

A 52-year-old man from Olathe, Kansas, was indicted by a Grand Jury last week for the Feb. 22 shooting at an Olathe bar that left one man dead and two wounded.

Authorities believe Purinton targeted two of the three victims – Srinivas Kuchibhotla, 32, and Alok Madasani, 32 – because of their “actual and perceived race, color, religion and national origin,” while the third victim – 24-year-old Ian Grillot – was simply a good Samaritan who attempted to intervene during the crime.

The shooting occurred at Austins Bar & Grill as two of the victims were sitting in the patio area. Purinton was said to have made derogatory comments toward the two men, which included asking them if their “status was legal.”

Eventually, Purinton was asked to leave the business and escorted out. However, about 30 minutes later, Purinton returned to the bar armed with a 9mm semi-automatic handgun, went to the patio area and opened fire, striking both Kuchibhotla and Madasani. As Purinton made his way out of the area, Grillot followed him and was also shot by Purinton.

Kuchibhotla was shot at least three times and died at an area hospital. Madasani, who was shot once in the leg, and Grillot, who was shot in the upper chest and hand, both survived.

Purinton was apprehended several hours after the shooting, some 80 miles away at a Clinton, Missouri, restaurant. A restaurant employee called the police after Purinton told him he had just shot two “Iranian men.”

“He thought Srinivas was a Muslim from the Mideast when in fact he was a Hindu from India. (Purinton) knew nothing about his victim and shot him anyway,” Sirimulla said.

After learning of the charges Friday, Sunayana Dumala, Kuchibhotla’s widow, said she was glad to see the judicial process moving faster than anticipated, adding that she hoped a federal trial would bring more attention to the issues of hate.

“I always had faith that justice would be served,” she said.

If convicted, Purinton could face up to life in prison or possibly the death penalty.