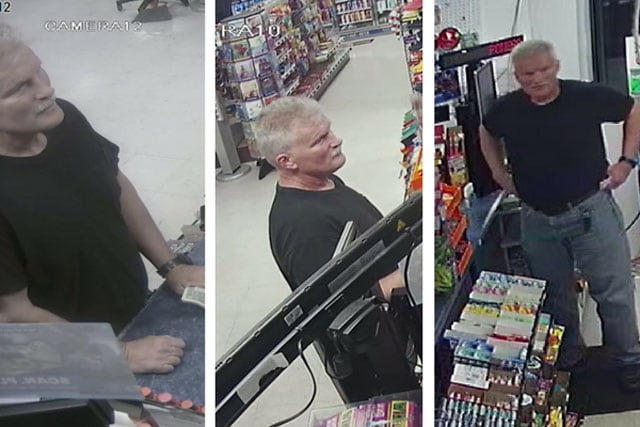 The Federal Bureau of Investigation is asking for the public’s help identifying and locating the man responsible for at least nine different dollar store robberies spanning from New York to Idaho.

In each of the robberies, the suspect, who has been dubbed the “Dollar Store Grandpa Bandit,” entered the store just before closing time, displayed a weapon and demanded employees hand over cash from the register and the safe. The suspect then forced the employees into a back room of the business and took their cell phones so that the police could not be contacted right away. These cell phones were all recovered some distant from the scene, usually in a neighboring city. Witnesses have reported the suspect being armed with a handgun, a stun gun, and pepper spray.

Authorities have reason to believe the suspect may have first-hand knowledge of the inner operations of dollar stores.

The suspect is described as a white male, approximately 50- to 65-years-old. He stands about 5’10” to 6’0” tall and weighs around 200 pounds. He has white or very light-colored hair that is described as short and neatly-trimmed. He is believed to be driving a silver or gray Dodge Charger with a rear spoiler and no front license plate.

Authorities warn that the suspect should be considered armed and dangerous.

Anyone with information is asked to contact their local FBI office or the nearest American Embassy or Consulate, or submit an online tip to the FBI here.