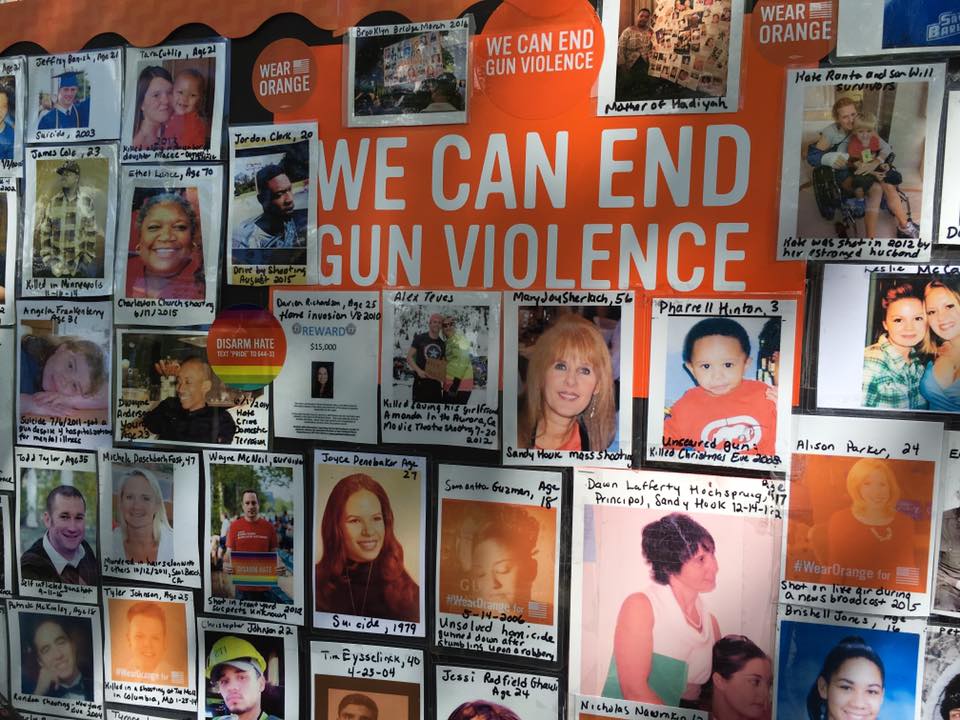 One year after the nation’s deadliest mass shooting, gun regulations appear less popular with Congress and state legislatures than ever before.

Gun violence prevention groups and the Democratic party said Monday, however, Americans’ appetite for change persists — and so will their legislative efforts to restrict firearms and prevent further carnage.

“Since Pulse, GAG has been successful in calling out the link between bad guns laws and violence against marginalized communities such as people of color, women, and LGBTQ folks,” Terry Roethlein, spokesperson for Gays Against Guns, told Guns.com Friday. “I think all the media attention we have garnered is proof of the public’s desire to have that conversation.”

Gays Against Guns formed after a lone gunman opened fire inside Pulse, a popular gay nightclub in Orlando, killing 49 people and wounding more than 50 others.

The incident went on record as the deadliest mass shooting in American history and its victims — mostly people of color from the LGTBQ community — came to represent the cost of the country’s epidemic of “hate-fueled gun violence,” said Shannon Watts, founder of Moms Demand Action for Gun Sense in America.

Watts and Everytown for Gun Safety’s president John Feinblatt lead the coalition of gun violence prevention groups declaring June 12-17 as “Disarm Hate” week, in remembrance of those who died in Orlando and in Charleston, South Carolina in June 2015.

“It’s intolerable that armed hatred is becoming the country’s new normal,” Feinblatt said Friday. “As long as it’s far too easy for hateful people to access guns and carry out hate-fueled attacks, our most basic rights and freedoms will remain at risk. Americans are united in this conviction: It’s time to disarm hate and save lives.”

The week coincides with the introduction of the Disarm Hate Act, a proposal brought forward by Democratic Sen. Bob Casey, of Pennsylvania, and Rep. David Cicilline, of Rhode Island. The proposal adds those convicted of misdemeanor hate crimes to the list of persons prohibited from buying or owning firearms.

Gays Against Guns wasn’t named as part of the Disarm Hate coalition announced Friday, but the group still agrees little has changed in the way of “meaningful gun control” since Orlando.

“In fact, some detrimental laws have passed on the state level and the federal Concealed Carry Reciprocity Act, while still pending, threatens to culminate in a national situation where gun owners holding permits from those states with very lax regulations would be free to carry in any other state in the union,” Roethlein said. “Laws that permit concealed carry without a permit are pending in a dozen states and that would of course add greatly to the dangerous situation if CCR passes.”

“This gross affront to states’ rights would allow domestic abusers, violent criminals and people untrained in even basic firearms safety to conceal a deadly weapon in every community in America,” she said. “For law enforcement officers who must make split second decision when they encounter any armed individual, this is a particularly dangerous proposition.”

As vigils and calls to action unfolded across the country Monday, members of a one LGTBQ gun group said they learned a different lesson from Orlando.

“Had there been people in there who were armed in there, it’s very likely that [Omar Mateen] would’ve been shot down like the dog that he was,” Chad Hendrix, a member of the Fort Meyers, Florida chapter of Pink Pistols, told National Public Radio Monday. “You’re the first responder, because you’re there. The police and the ambulance, they’re second responders. They clean up everything and deal with the aftermath.”

Founded 17 years ago after the death of Matthew Shepard, a gay college student murdered in Wyoming in 1998, Pink Pistols teaches self-defense with firearms — and with more than 50 local chapters nationwide, the group stands out among the crowd for its different approach to preventing hate crimes.

Its ranks more than doubled to over 4,000 members nationwide in the weeks after Orlando.

Hendrix told NPR he was at work when the massacre happened, but argued the incident proves why Florida’s law banning guns in establishments that serve alcohol does more harm than good.

“It’s just terrible that the world has come to this,” Debbie Patterson, a member of Hendrix’s group, told NPR. “Those people in that club should’ve had the right to defend themselves.”