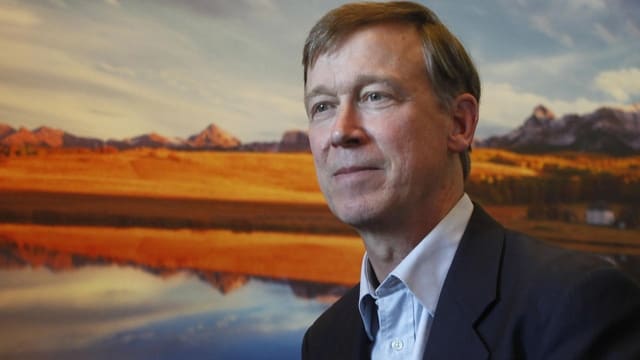 “Government should never keep assets seized from innocent people,” said Hickenlooper in a signing statement, adding the bill is an “important first step to address problems inherent in the civil forfeiture laws.”

Civil asset forfeiture happens when law enforcement officials seize property and money from people suspected of being involved in a crime. Sometimes, the assets are seized before charges are filed. Proceeds from the seizures then go to the agency investigating the crime. When local agencies team up with the feds, they often share the assets.

Police argued against the bill, saying most assets they seize don’t meet that threshold. Colorado sheriffs and police chiefs say the legislation will hurt investigations.

“As the impacts of this legislation come to light, we would hope to find partners in the legislature to approach asset forfeiture reform in a manner that won’t have as significant an impact on public safety,” said Frederick Police Chief Gary Barbour, head of the Colorado Association of Chiefs of Police.

Hickenlooper signed the bill within hours of the signing deadline. He called on lawmakers to pass a measure next year that would help supplement agencies who may lose funds as a result of the new forfeiture law.

For the American Civil Liberties Union, Hickenlooper’s signature is a win.

“The ACLU of Colorado applauds Governor Hickenlooper for listening to the thousands of constituents who weighed in,” said ACLU of Colorado Public Policy Director Denise Maes. “We also welcome the Governor’s decision to create a task force to identify further reforms and improvements to civil asset forfeiture in Colorado.”

“It’s a great bill that allows for a balance between the needs of law enforcement to interdict crime, but also to protect those important civil liberties that should never be … abused,” said state Sen. Tim Neville, a Republican who sponsored the bill.