Buffalo Mayor: 'Revolving door' of criminals to blame for shootings 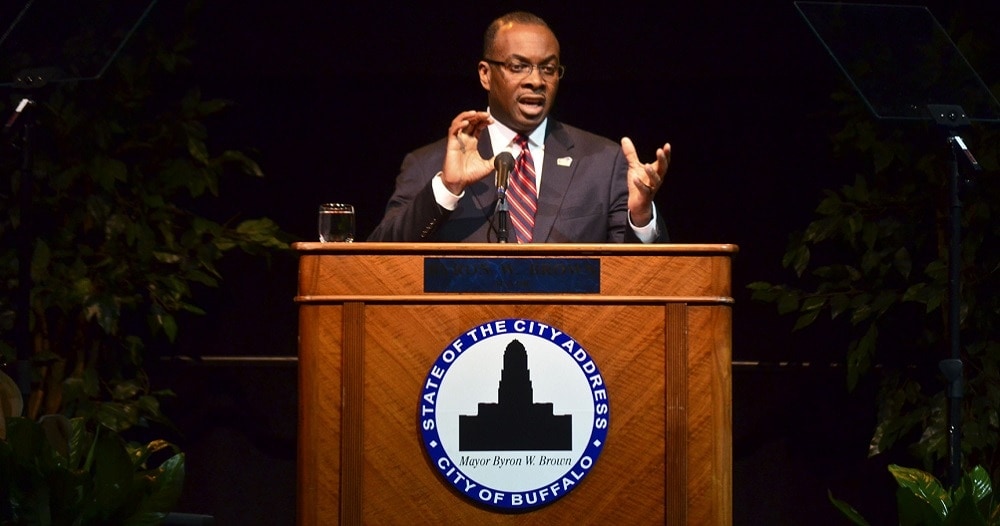 Buffalo Mayor Byron W. Brown is calling out the judicial system for what he sees as a “revolving door” of criminals responsible for a large number of the shootings in the city.

The Buffalo News reported the mayor said the 23 percent increase in shootings last year can largely be attributed to a group of repeat offenders that seem to rotate in and out of the prison system.

“The frustration that our police department feels is that, to a degree, there is a revolving door,” Brown said.

“There’s certainly a breakdown in the system that doesn’t occur at the Buffalo Police level,” he added, declining to offer any further solutions to the problem.

According to a Buffalo News analysis of police data, Buffalo saw 566 shootings in 2016, a 23 percent increase when compared to the average from 2011 to 2015.

Shootings are especially prevalent in the city’s east side, where one-third of the population resides. Brown said law enforcement officials believe the shootings are being perpetrated by a small number of bad actors that do not represent the greater community they terrorize.

Brown said he has seen first-hand the effects of the cycle of violence on his visits to many shootings victims in hospitals and family homes around the city.

“It is a painful thing,” he said, “and we need people in the community who are in this cycle to understand that the cycle causes pain for not only themselves but for their families.”