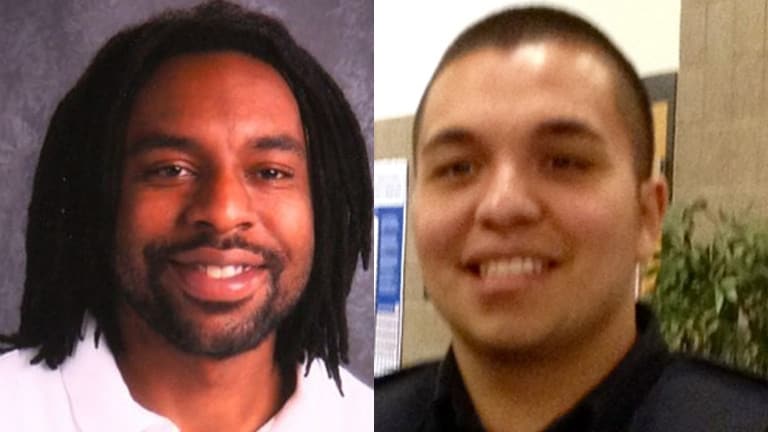 Jurors concluded the second day of deliberations without a verdict Tuesday in the trial of a police officer who shot and killed a black man last summer in a St. Paul suburb.

On Friday, Officer Jeronimo Yanez, on trial for one count of second-degree manslaughter and two counts of reckless discharge of a firearm in connection with the shooting death of Philando Castile, took the witness stand.

“I was scared to death. I thought I was going to die,” Officer Yanez said, at one point crying on the stand. “I had no choice.”

Yanez, who is Mexican-American, fired seven times at Castile during a traffic stop on July 6 in Falcon Heights, Minnesota. Five of those rounds hit him. Castile’s girlfriend streamed the aftermath of the shooting on Facebook Live, showing a frantic Yanez yelling and pointing his weapon at Castile, who sat slumped over and bloodied in the driver’s seat.

“He’s licensed to carry. He was trying to get out his ID and his wallet out of his pocket and he let the officer know he had a firearm and he was reaching for his wallet. And the officer shot him in his arm,” the girlfriend says in the video.

Authorities have confirmed that Castile was licensed to carry.

On Tuesday morning, jurors sent Ramsey County District Judge William H. Leary III a note asking to re-watch that Facebook Live video, as well as Yanez’s dash cam video. They also asked for the transcript of an hour long interview Yanez had with Minnesota Bureau of Criminal Apprehension investigators, something the judge denied, according to the Star Tribune.

But Judge Leary did allow jurors to examine the pair of shorts Castile was wearing when he was shot. Leary let them take the shorts into deliberations but told them not to break the seal on the plastic bag that contained them.