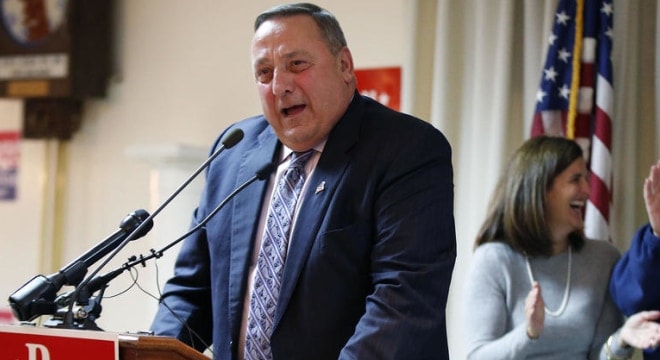 Republican Gov. Paul LePage on Monday gave his signature to a bill that prohibits the keeping of a list or registry of privately-owned firearms or gun owners.

The measure signed this week without comment, LD 9, passed the Maine House 122-24 and the Senate 35-0 earlier this month.

“In the United States a hallmark of how we exercise our rights is that it can be done anonymously,” said Rep. Patrick Corey, R-Windam, the measure’s sponsor. “This is especially true for people who may hold unpopular opinions and beliefs, and let’s face it, gun ownership is unpopular with some people. This is as true for the Second Amendment as the First and for good reason.”

Windam’s measure, now public law, bans any state agency or local government from maintaining a registry of privately owned guns or list of those who own them. Only Hawaii and Washington D.C. currently have mandatory registries of all resident law-abiding gun owners.

Gun control groups argued the legislation could have unintended consequences due to its broad language, with the Maine Gun Safety Coalition saying it would make it difficult for police to “track stolen guns, comply with court orders, and accept the voluntary surrender of a firearm by its owner.”

The Maine Sheriffs’ Association pointed out in testimony to lawmakers that 13 sheriffs in the state were in opposition to the Bloomberg-sponsored background check ballot initiative, Question 3, that was rejected by voters.

“One of the reasons was that many of us believed the referendum was a precursor to a gun registry, which we believe threatens our federal and state constitutions,” said MSA president, Oxford County Sheriff Wayne Gallant.

The bill was supported by Second Amendment groups including the Sportsman’s Alliance of Maine as well as the National Rifle Association, with the latter pointing out that federal law prohibits a universal national gun registry, in additon to eight states that ban local-level gun registries as well.

During the campaign over Question 3 last summer, LePage described the voter referendum as a lead up to gun registration.

“The only way to enforce this kind of law is through a universal firearm registration system,” said LePage. “And make no mistake—Bloomberg’s proposal is the first step toward mandatory gun registration.”