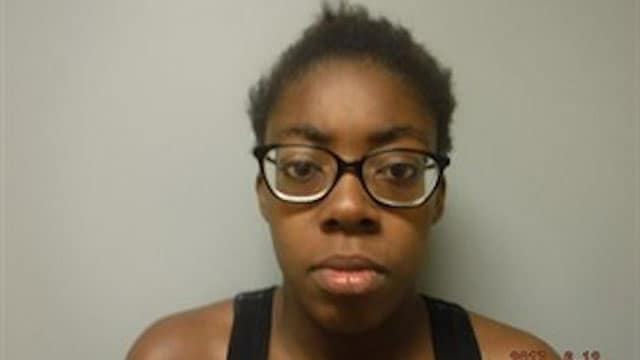 An Arkansas mother who found out her daughter was responsible for an attempted robbery at a Jonesboro Walmart last week, took the gun used in the crime and turned in the 20-year-old to authorities.

The attempted robbery occurred less than 12 hours after Tiasia Foster appeared in court for allegedly stealing more than $1,000 from a Dollar Tree store where she worked.

Authorities say Foster entered the Walmart around 10:15 p.m. June 5, pointed a gun at the clerk, and demanded she load two prepaid gift cards with $500 each. The clerk informed Foster she wasn’t able to load the cards for her, so Foster apparently fled the scene empty handed.

It’s unclear how Foster’s mother came to know about the attempted robbery, but she met with authorities to identify the suspect as her daughter. Foster’s mother also told police that she found the gun used in the crime and hid it from Foster.

Foster is charged with aggravated robbery, which carries a maximum sentence of 10 to 40 years and possibly life in prison. She also faces six years for the theft charge.

Foster was released – again – on a $1,500 bond, the judge citing Foster’s need to care for her 7-month-old daughter as well as her mother, who has cancer.

She is due to appear in court July 31.