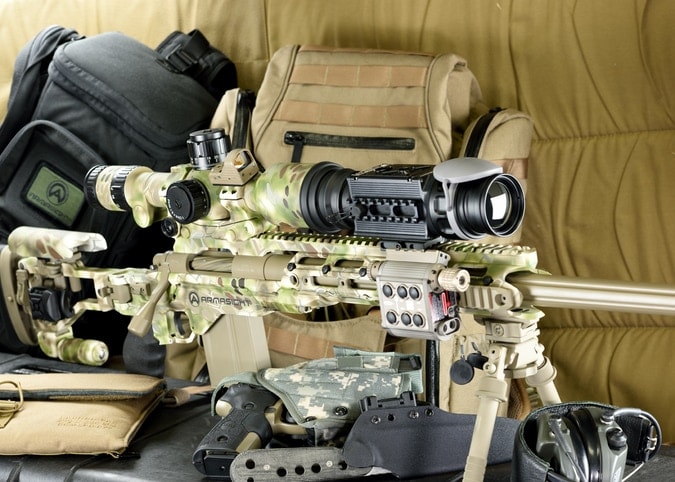 Available in five different models, the Armasight by FLIR Apollo Pro touts a rugged, solid-state, uncooled, long wave infrared 1x clip-on thermal imaging device. The device is designed to mount in front of a variable magnification day sight on a precision rifle or tactical platform, although it can be used as a stand alone thermal weapon sight or handheld monocular. 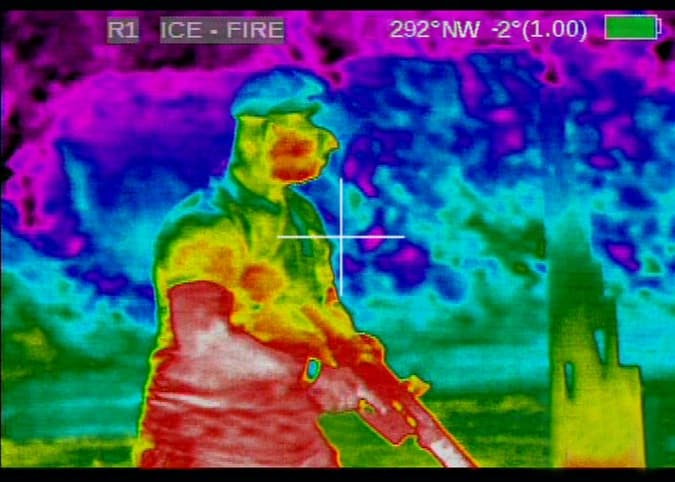 Incorporating an integral compass and inclinometer for enhanced target ranging, the Apollo Pro is powered by FLIR TAU-2 technology. The system is offered in 336 by 256 and 640 by 512 pixel formats with professional grade 50mm or 100mm Germanium objective lenses. The 640-by-512 format device provides a tracking electronic zoom function that progressively increases from 1x to 2x to 4x and 8x without changing the point of aim.

The Apollo Pro utilizes a multi-pin connector to provide video-out/video-in capability in addition to an external power supply. An optional laser range finder, external battery pack, multispectral laser and other accessories designed to mount to the MIL-STD-1913 rail of the Zeus Pro are also available.

Though there are models available for military, police or civilian shooters, no word has been released on pricing.