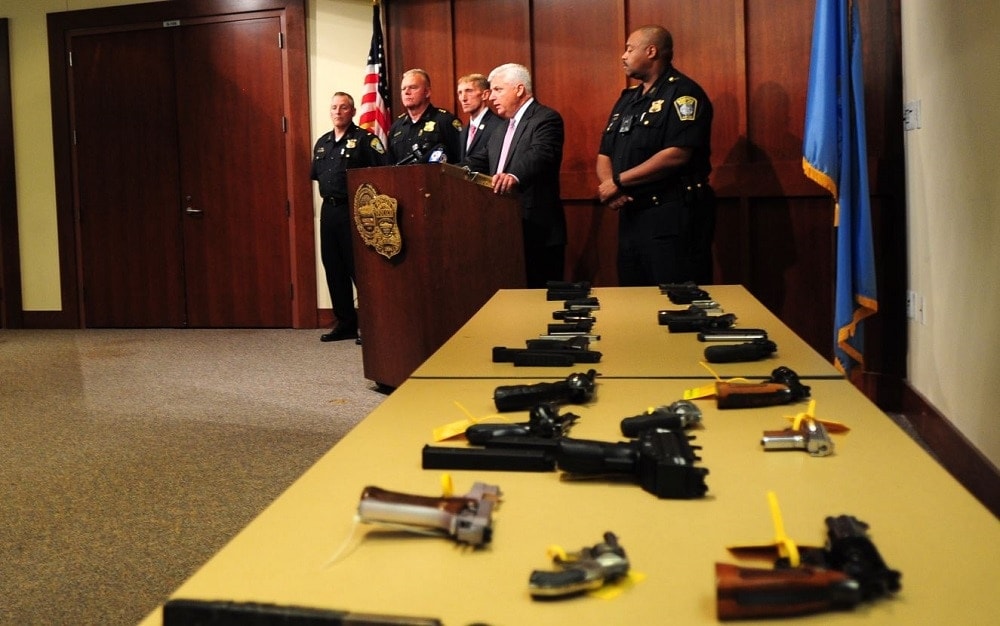 A year-long investigation has led to 17 gang member arrests and the confiscation of 22 guns during a sweep that targeted rival gangs in Dorchester and Roxbury, Massachusetts.

The investigation, dubbed Operation Hanover, specifically targeted ranking members of the warring Wendover and Cameron Street gangs and resulted in a total of 98 indictments on gun and drug charges, according to a press release from the Suffolk County District Attorney’s Office.

The operation started last June and involved the cooperation of Boston Police and agents from the Bureau of Alcohol, Tobacco, Firearms, and Explosives, who conducted undercover buys of guns and drugs. Many of the buys were captured on audio/video recording devices to better stand up in court.

The resulting slew of indictments included nine for firearms trafficking, 12 for high-capacity or assault weapons violations, and 19 related to drug dealing.

Nearly a dozen guns were recovered during the arrests and another 11 were confiscated as a result of the controlled purchases.

“Every one of those guns represents a shooting or a homicide prevented,” said Suffolk County District Attorney Daniel F. Conley. “Boston will be a safer place this summer because they’re off the street.”

“I want to commend the men and women of the BPD Youth Violence Strike Force and ATF for the remarkable job they’ve done from start to finish,” Conley said.