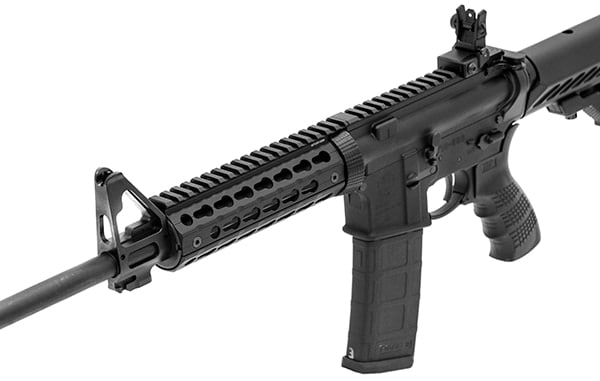 The handguards are compatible with standard delta ring/barrel nut assembly and front round handgun retainer cap. Tipping scales at just 6.2 ounces for the M-LOK and 6 ounces for Keymod, the handguards provide a lightweight modular system without losing durability.

The super slim guards offer increased versatility when it comes to mounting, boasting seven slot tracks around the circumference of the handguard. Featuring a scalloped Picatinny top rail extending to and sitting flush against the upper receiver flat top, the guard bridges the gap over the delta ring assembly. 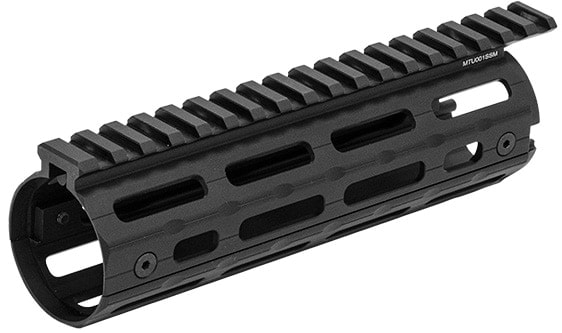 Ruger AR-556 shooters will find that the handguards are compatible with the rifle’s proprietary threaded delta ring/barrel nut assembly and drop-in into the system with no issues. Each handguard ships with its own additional mounting accessories.

Both guards are machined from 6061-T6 almuninm, featuring a matte black anodize.