Record attendance at Congressional Baseball Game in wake of shooting 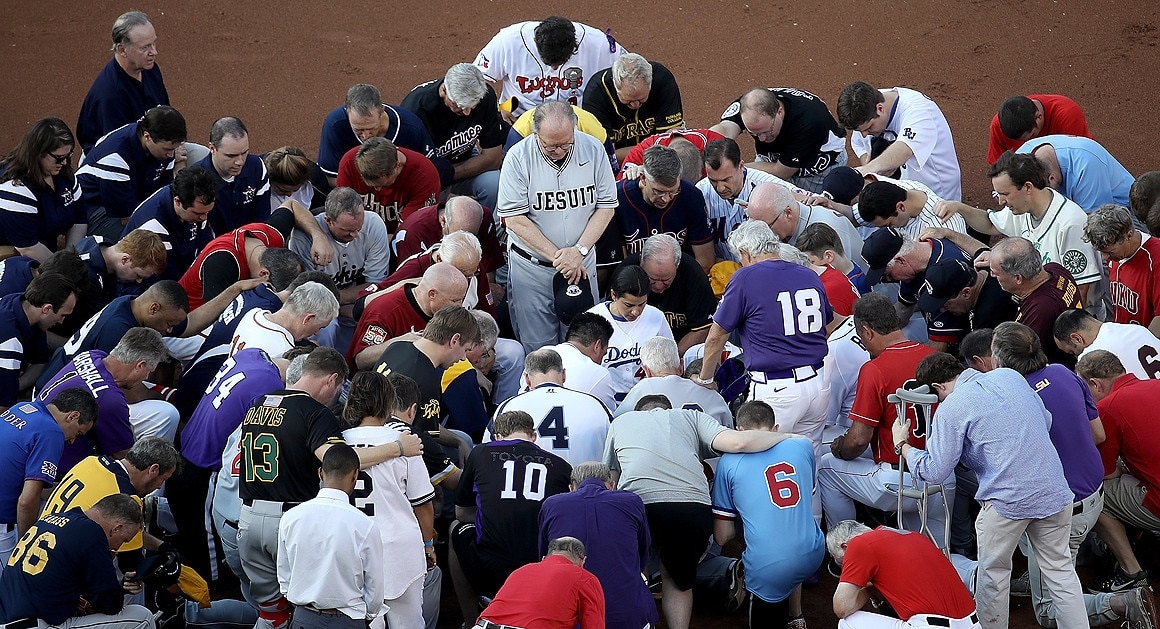 Nearly 25,000 people filled Nationals Park in Washington D.C. Thursday to watch Republicans and Democrats duke it out for charity.

“I played second base tonight, and that was Steve Scalise’s position,” Republican Rep. Jeff Duncan told the New York Times. “I backed him up. I actually practiced at shortstop all year, but moved over to second to play tonight. And that was tough for me. That was humbling, in a way. It was never off my mind when I ran out there: ‘Wait a minute, I’m not a second baseman, I’m supposed to be going to shortstop.’”

Staff at the Medstar Washington Hospital Center said Thursday evening the Louisiana Republican congressman remained in critical condition after undergoing a second surgery on the bullet lodged in his hip — the most serious of injuries sustained when a home inspector from Illinois shot up the Republican team’s practice game the day before, wounding Scalise and four others.

“You close your eyes and just remember running off the field, or you see somebody laying there,” Republican Rep. Barry Loudermilk told the New York Times of Wednesday’s shooting at Eugene Simpson Stadium Park in Alexandria, Virginia. “It’s part of a traumatic experience. But we wanted to be here. We wanted to play America’s sport.”

The Democrats bested the Republicans 11-2 Thursday, breaking the 39-39-1 tie between the two teams — for now.

Loudermilk told the newspaper he doesn’t care about the loss.

“We won because we’re here,” he said. “We’re not being visited at a wake somewhere. And that was the reality of what could have happened. Fortunately, only the shooter is dead. None of our folks are. There were some miracles happening on that field.”

The shooter, 66-year-old James Hodgkinson, died at a D.C.-area hospital Wednesday — the result of a gunshot wound sustained during a firefight with Scalise’s security detail and the Alexandria Police Department at the practice field that morning.

Many lawmakers credit Scalise’s detail for saving their lives, insisting Hodgkinson — armed with a 7.62 mm caliber rifle and a 9mm handgun — may have inflicted far more damage if the officers hadn’t been there to return fire.

The Federal Bureau of Investigation said Hodgkinson spent the last two months living in a white cargo van after leaving his home in Illinois in March. His social media profile detailed Hodgkinson’s support for Bernie Sanders and an overt hatred of Republicans, Donald Trump and former Democratic presidential nominee Hillary Clinton.

Former Alexandria Mayor Bill Euille told the Associated Press Thursday he spoke with Hodgkinson at a YMCA near the practice field and assumed he was homeless.

“I never saw him get mad when people were talking good, bad or ugly about any of the political parties,” Euille said. “He was just a very calm, rational person, I thought.”