Finding the right material for your backyard ballistics tests 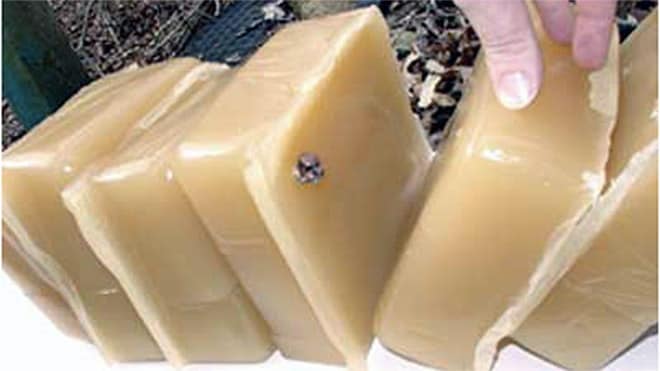 Lined up wax blocks of set dimensions create an easy to read ballistic testing material. Just be careful not to get wax on anything valuable. (Photo: Jason Wimbiscus)

On a few occasions I have been asked by incredulous gun curmudgeons why I waste my time, energy and money on terminal performance testing. After all, manufacturers of ammunition and reloading components publish an endless stream of ballistic data on their products detailing trajectories, muzzle velocities, and kinetic energies. The naysayers also point out that manufacturers generally conduct extensive terminal performance tests of their own and that my own backyard endeavors are likely redundant exercises.

The short answer is, while I could spend endless hours on the internet compiling data from tests that have already been conducted by others, I find it’s much more fun and rewarding to conduct tests myself. Terminal performance testing is a hobby in and of itself.

Admittedly, part of the appeal of terminal performance testing is simply a fascination with what happens to materials when they are subjected to extreme conditions. The same personality traits that drew me to melt glass bottles in campfires as a child drew me to fire bullets into soft media as an adult. Shooting is fun and so is examining recovered bullets and damaged test materials.

The results obtained through such informal testing are also useful since the math associated with a given round is not necessarily indicative of how it will perform when it hits an organism. Projectile diameter, projectile composition, and even projectile shape can have a tremendous influence on how the projectile performs after it impacts a target. It therefore makes sense to test such projectiles by firing them into a material that closely approximates what they will be used on during real world application. In the case of hunting and most personal defense ammo, such a test media should be something soft but of sufficient density to approximate organic tissue.

Non-professional ammo testers traditionally employ a variety of test materials to accomplish their goals. Each of these has advantages and disadvantages. The following are some of the media options available to the backyard ballistician and a summary of my experience with each.

Rows of plastic jugs or bags full of water are one of the least expensive options available for terminal performance testing. The primary disadvantages to testing with water are weight, disposal issues, and lack of record of a damage cavity left by the bullet. 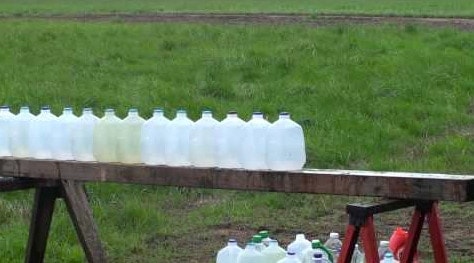 Using water jugs for testing may make you feel a little like a hillbilly (as if that’s a bad thing), but the truth is they are cheap, easily obtained testing materials, appropriate for a whole host of loads. (Photo: Jason Wimbiscus)

Each centerfire rifle or pistol round tested will usually destroy several water jugs. This means that the individual who intends to test numerous rounds will have to bring a lot of water to the range. This may or may not be an issue. If the tester has access to his or her own shooting area and has a good way to transport dozens of water jugs to the range, this may be a viable option.

But the primary disadvantage to using water jugs as a test material is that, while water will demonstrate a bullet’s potential for penetration and expansion, it will not provide an indication of what kind of cavity the bullet will leave in a target.  Cavitation is an important aspect of a bullet’s ability to inflict an effective wound.

Like plain water, soaked newsprint is another inexpensive test material commonly used in informal terminal performance tests.  It is also plagued by some of the same disadvantages as water in that transporting a sufficient quantity of wet paper to the range may be an inconvenient and frustrating exercise. Additionally, disposing of stacks of soaked, shredded paper can be a real chore. However, unlike plastic jugs of water, wet paper will provide a record of the cavity created by a bullet. 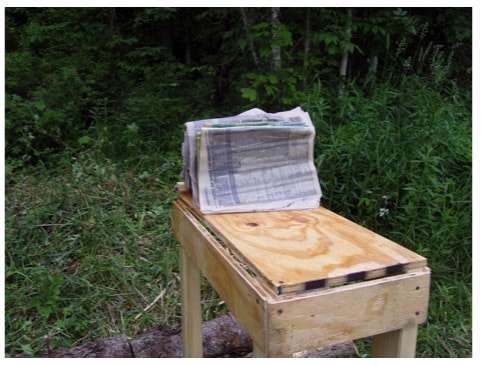 A stack of wet paper ready to catch a bullet. Newsprint is a good cheap test material but transportation can be inconvenient. (Photo: Jason Wimbiscus)

A few years ago I came into the possession of a significant quantity of plasticine type modeling clay and it subsequently occurred to me that it might make a good, reusable ballistic test medium. My initial tests, which were conducted by firing a .22LR round into the clay, were promising. However, when I fired a 158 grain .357 magnum hollowpoint into the clay, the results were far too explosive to be useful. The rapidly expanding bullet blew most of the 6 x 6 x 15 inch block apart and caused bits of shredded clay to rain on my head and the surrounding area. Modeling clay was clearly an impractical test medium. 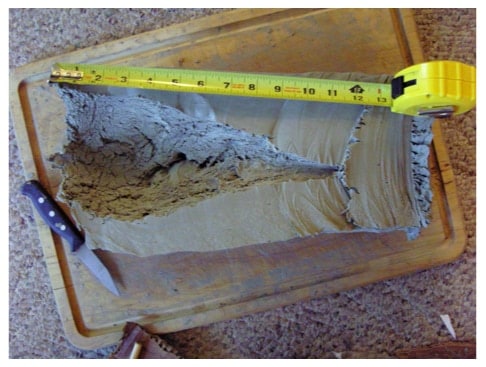 The photo above illustrates the results of firing a .357 magnum round into a block of modeling clay. Ejecta from the block rained down over a large radius and showered the author with chunks of clay. (Photo: Jason Wimbiscus)

Ballistic wax is essentially paraffin wax that has been softened so that it remains malleable at room temperature. Pre-made blocks of ballistic wax are sold online, or they can be made at home by melting and combining equal parts paraffin wax and petroleum jelly.  While the initial cost of the material is high (up to $80 for a block large enough to stop a .30 caliber bullet at .30-30 velocities) it is indefinitely reusable. The blocks can be melted, bullet fragments and other particulates strained out, and then recast. I have used “bullet test tubes” with great success, though there are some drawbacks to the material. 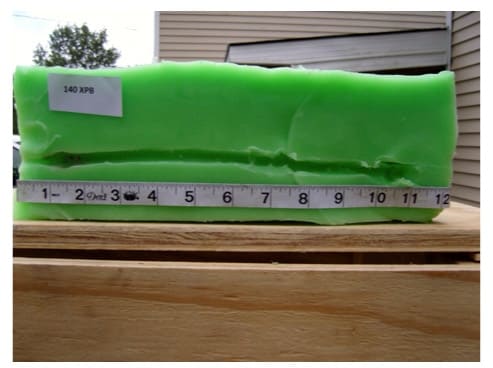 Ballistic wax like the bullet test tube above is a good reusable test material. It is expensive and spills can be difficult to clean up. (Photo: Jason Wimbiscus)

In order to examine the cavity left by a bullet and recover the bullet itself, the block must be split along the length of the bullet’s track. This is best accomplished with a wire cutting tool and takes a lot of muscle. Multiple lengths of wire are bound to break during the process. Additionally, the material is sticky and messy, leaving a residue on everything it touches (including hands and subsequently guns). If a spill of the material in its molten form occurs (and spills are inevitable) cleanup can be a nightmare involving a variety of solvents as well as ruined clothes.

Ten percent density gelatin is currently the industry standard test medium for those who make a living testing various projectiles and is considered to be the medium that most closely mimics human muscle tissue. Additionally, properly prepared gelatin blocks are transparent and thus provide an instant and photogenic record of cavitation. While professional labs will not reuse gel blocks, I have found that for the purposes of informal, comparative testing the blocks can be melted and still be useful for testing. The material is water soluble, making for relatively easy cleanup. 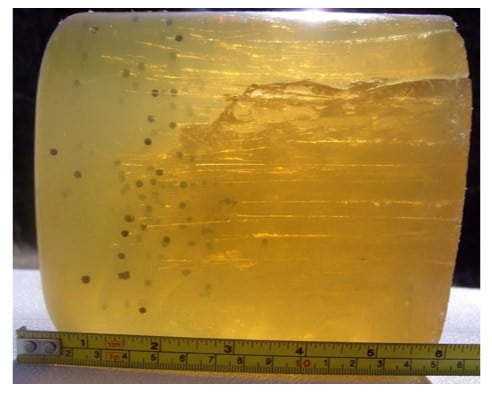 Gelatin blocks like the one pictured above are preferred by professional test labs. Unfortunately, gelatin is expensive and is only marginally reusable. (Photo: Jason Wimbiscus)

The greatest disadvantage to using gelatin for testing is the cost which is exacerbated by its limited re-usability. The least expensive supplier near me sells bulk, food grade gelatin in 25 pound boxes for $162 plus shipping and handling. Professional grade gelatin used by professional ballistics labs will cost even more. While a block can be melted and recast for a second test, the material will inevitably become too dirty and degraded for indefinite use. Gelatin is ultimately both expensive and disposable.

Additionally, gelatin blocks are temperature sensitive and degrade if allowed to get too warm, and can also grow bacteria colonies if not kept sanitary. In an upcoming article, I will outline the basics of making and storing gelatin blocks.

Perma-Gel is a synthetic substitute for 10 percent gelatin blocks that is purported to offer greater clarity than traditional gel blocks while also being indefinitely reusable. I have not yet had the opportunity to try this test material due in no small part to its cost. A single 17.5 x 11.5 x 5 inch block (which is approximately enough to test two expanding handgun rounds) retails for approximately $170. The electric melting apparatus recommended to melt and re-cast a used block is an additional $100. Other equipment could probably be used to melt the blocks, but I would be concerned about the possibility that a makeshift setup would ruin a very expensive test material. 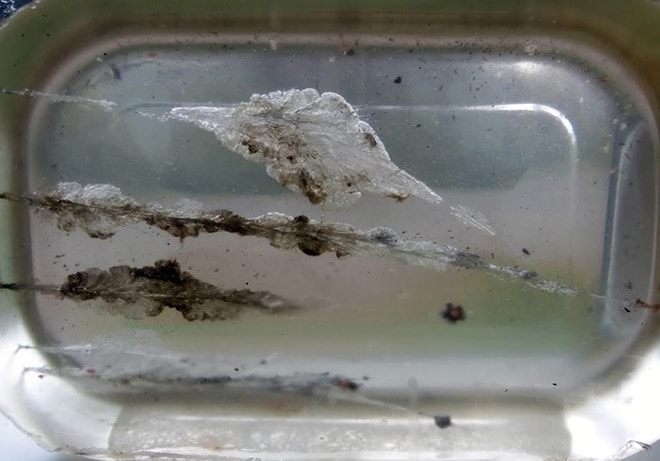 Perma-Gel is a synthetic substitute for good old ballistic gel, that promises to be reusable and clearer.

Other thoughts on testing

An individual who occasionally wants to test a few of their handloads or favorite hunting bullets would probably be best suited by one of the cheaper test materials (water or wet paper). If, like me, you decide to take on terminal performance testing as hobby, albeit an unusual one, then the more expensive test materials may be worth the cost.

Admittedly, the results the amateur ballistician obtains through testing will not be to the standards of a professional test lab that can afford the equipment, materials, and workspace to produce perfectly calibrated gelatin blocks. In spite of this, amateur testing can provide a great deal of useful information about a load, especially when two rounds are compared side by side on the same day in the same batch of material.