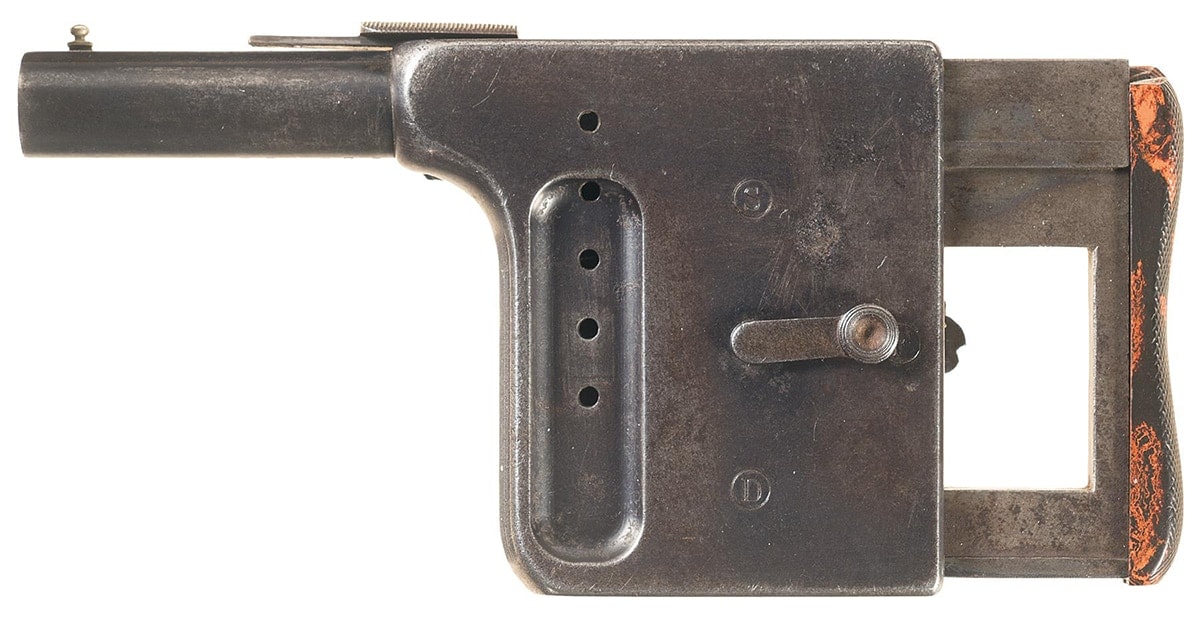 The Gaulois pistol is one of several antique guns set to be auctioned off on June 22. (Photo: Rock Island Auction Company)

The pistol, manufactured by Francaise d’Armes and Cycles de St. Etienne, was manufactured sometime between the 1890s and 1912.

RIA says the palm pistol, chambered in 8mm, is in good condition with minor replacement parts needed and portions of the metal rusted or slightly pitted. The Gaulois gun boasts a hard rubber grip and a 2 1/4-inch flat top barrel.

Like most palm pistols, the Galuois’ trigger is actuated by simply squeezing the gun to fire. Unlike popular palm pistols of that era, the Gaulois model touted a square design as opposed to a circular one. Equipped with a three position safety, the 10-ounce five shot semi-automatic handheld gun fell out of favor around 1911, replaced by Velo Dog revolvers.

The palm pistol comes with no sights as its design is meant to accommodate point shooting at extremely close distances.