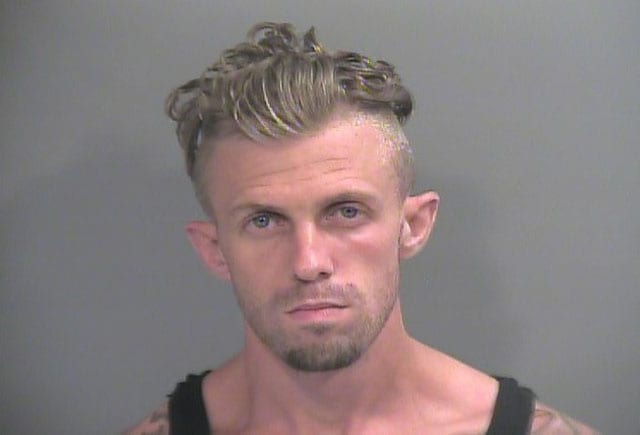 Thanks to the help of a locator app on a stolen iPhone, authorities recovered nearly three dozen guns that were stolen from a Northwest Arkansas gun shop last week.

Arrested on numerous charges related to the theft is Chad Sales, 31, of Fayetteville.

Police were called to Arky Armory just after 7 p.m. Tuesday on reports of a break-in. Authorities said portions of the sheet metal and insulation had been removed from the side of the building. Missing from the business was a total of 34 firearms, 17 suppressors, an iPad, and iPhone and two credit cards, which were fraudulently used five times before they were recovered.

Authorities then used a tracking app on the phone to locate Sales. In addition to all of the stolen goods, officers also found drugs and paraphernalia, which included a syringe full of methamphetamine.

Sales, who has a prior criminal history for charges ranging from burglary and theft to assault and terroristic threatening, was charged with 53 counts of theft of property and other charges.