From buying to building: Why AR-15 fans are DIYing 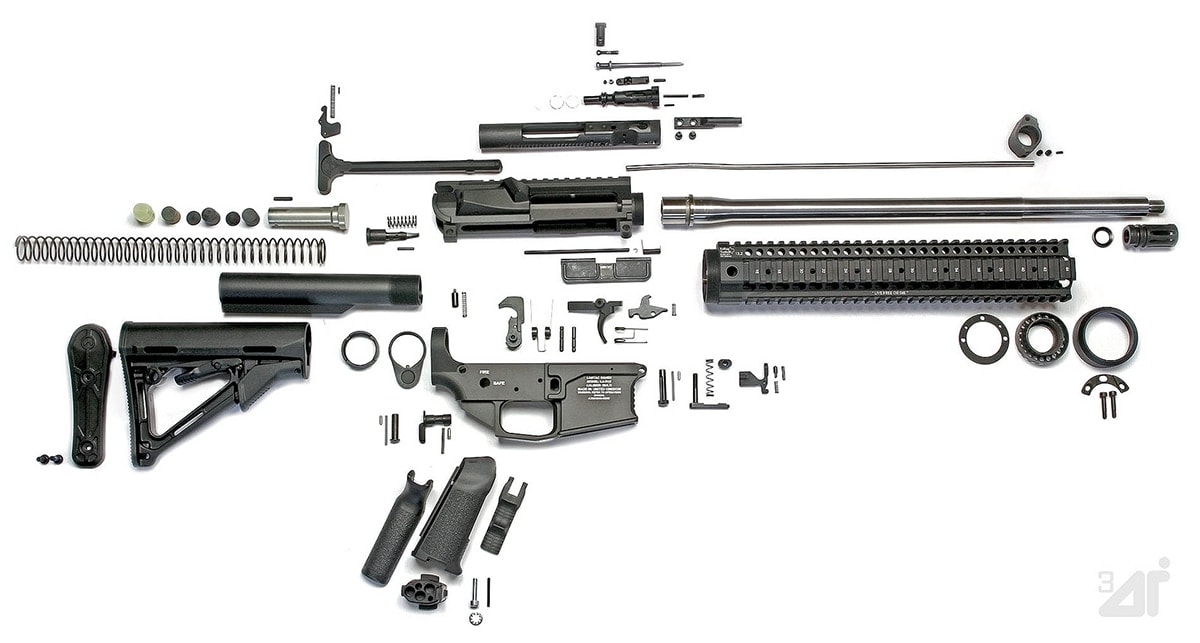 With its modularity and ability to conform to user needs, the AR-15 is easily considered America’s preferred rifle. Though many gun owners chose to head down to their local gun shop to grab a factory built AR from the shelf, some dedicated fans are circumventing the gun store in favor of building their own, custom gun. But why are shooters forgoing stock guns in favor of time consuming builds? The answer, AR aficionados say, comes down to customization, cash and control.

The AR-15 developed its iconic name from ArmaLite who designed the first AR or ArmaLite Rifle. In 1959, the company sold the rights to Colt, who modified the rifle by relocating the charging handle from under the carrying handle to the rear of the receiver. The redesigned rifle was repackaged and marketed by the United States military as the fully automatic M16. Not to be limited to just one clientele, Colt soon created a semi-automatic civilian version known as the AR-15.

The AR-15 soared in popularity among gun owners who found it to be a versatile platform. Transitioning from hunting to sport shooting to home defense, the adaptable rifle gave consumers more bang for their buck. Even better, the modular design allowed the system to be easily modified and personalized to suit individual preferences — a key feature that would eventually lead some consumers down the path of building rifles from the ground up.

Creating a rifle that is customized to a shooter’s exact specifications and needs is one of the driving forces behind why more gun owners are looking to DIY. The ability to carefully craft a purpose-built setup catered to the mission — be it home defense or plinking on the range — is what makes the AR-15 platform unique.

“We have seen strong interest in our colored upper receivers and Skeleton lowers in colors. Considering the AR industry likely produced and sold around 1.5 million stripped lowers in 2016 we are seeing strong demand for parts to build out these lowers into rifles or pistols,” Nader said. “People are unique and very in tastes.”

When creating an AR, each part can be carefully selected to ensure high performance and quality during operation. Reddit user Nreyes238 expounded on the topic during an online discussion, explaining that building offers not only customization but also control for gun owners.

“If customization is your goal, then building is the way to go. You want a specific lower, and a certain trigger, and all matching furniture in that limited edition color from X manufacturer…you won’t find this on a shelf,” Nreyes238 commented.

Parts and accessories manufacturer Wing Tactical shared the sentiment, listing control and customization as one of the main reasons hobbyists are turning to building.

“You get exactly what you want,” the company said. “From the right buttstock to fit your shoulder to the right handguards for the perfect grip, your rifle will be perfect for your comfort. It’s made with custom AR-15 parts, so you can own a high-performance rifle as well, with a high-quality gas system and a reduced power trigger spring. You can enjoy whatever additions you desire, because you’re making it.”

While tricking out guns and tweaking them to exact specifications ensures shooters are getting the most from their rifles, cost also plays a part in why shooters are tackling DIY projects of this magnitude.

Though in some cases gun owners might get away with a complete AR-15 from a major gun maker $100 to $200 cheaper than a custom gun, builders enjoy the luxury of shelling out cash at their own pace. Jumping on sales, buying piece by piece and budgeting affords those that build the opportunity to craft a high quality gun without breaking the bank. Additionally, gun owners get the added benefit of intimately knowing their rifle.

“Ultimately, you may end up spending $100-200 more building it yourself, but in the process you learn the technical nature of the firearm,” Reddit user Romanonnom said in a online AR discussion. “I can tell you, before building my first AR, I didn’t know a thing about how it functioned. Sure, you can read about it, but nothing takes the place of the hands on experience of building it.”

Romanomnom added, “For me, and I think a large majority of people, that initial cost is worth it.”

Though the benefits seem tempting, other AR-15 fans warn that building does come with its disadvantages. Namely, time and resale.

Time-to-cost ratio comes into play when evaluating the merits of buying versus building. If budgets are tight and time is plenty, building becomes a more viable alternative; however if time and patience are the main values, it’s better to buy. Builders agree that if getting out on the range immediately is the goal, grab a gun off the shelf.

“Buying gives you the opportunity to save costs (if you are getting exactly what you want off the shelf), shoot ASAP, requires less effort, and requires less decisions,” Nreyes238 said.

Resale also plays a part in the decision to build. Packaged guns from major manufacturers can easily be traded or sold while so-called “Frankenstein” guns don’t move so quickly.

“To me the biggest downsides of building (this includes using a pre-built upper) is lower resale value and lack of warranty. It can be tough selling a ‘Frankenstein’ gun for what you have into it and while individual parts may have warranty’s you won’t have someone to send the entire gun back to of you have problems with it,” online user Wckdwabbit commented on an AR-15 discussion forum. “That being said, if you built the whole gun you know it better than anyone else and are more likely to be able to fix anything that pops up.”

Controlling the parts and more importantly the cash flow to craft a custom gun brings hobbyist to the table, ensuring the AR-15’s continued success stateside.