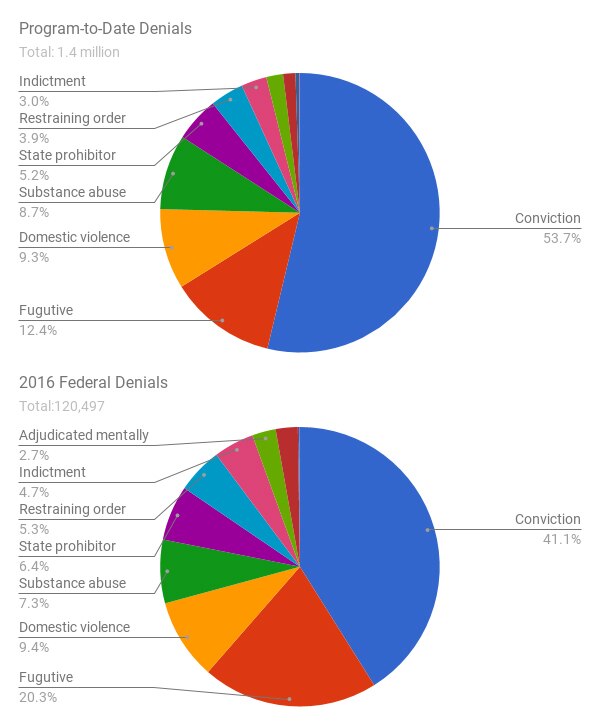 More than 1.6 million disqualifying records were added into the federal background check system index in 2016, according to a report released last month.

“Through a multi-state effort focused on forming coalitions in the states with the fewest submitted records, the industry has dedicated significant resources to helping states overcome the legal, technological, and intrastate coordination challenges preventing effective record sharing,” said Larry Keane, NSSF’s general counsel, in a blog post published in April.

A 2012 review of state participation levels in NICS revealed 19 state provided less than 100 records to the federal system. Some two-thirds of those states made fewer than 12 records available, the NSSF said.

“The industry’s FixNICS campaign addresses this by advocating for changes to state laws and regulations that encourage agencies and courts to fully participate by making sure they submit mental health records that show an individual is prohibited from purchasing a firearm under current law,” Keane said.

Since kicking off its campaign four years ago, the numbers of disqualifying records uploaded to NICS increased 170 percent. Legislation passed in 16 states boosted the number of records provided to NICS from 1.6 million in 2012 to almost 4.5 million in 2016.

“This significant increase is driven by states like Pennsylvania, which now has 794,589 records, compared to one in 2012,” Keane said. “New Jersey, another FixNICS success story, has now submitted 431,543 records, up from 17 in 2012, and is now ranked as the second best state on a per capita basis.”

He continued, “Ten years after the Virginia Tech tragedy, the firearms and ammunition industry continues to work with states and coalition partners to ensure the background check system is effective and complete.”