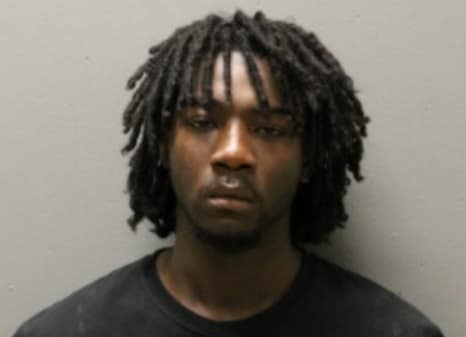 “No bail! Take him back!” Cook County Judge Peggy Chiampas shouted to her courtroom sheriff’s deputies when they brought in the suspect, Raekwon Hudson.

The Chicago Sun-Times reported Hudson showed little emotion as the judge shouted in his direction.

“Young children in this city can’t participate in a picnic without being in fear of their lives because of gangbangers on the street with guns,” Chiampas added.

Cook County Assistant State’s Attorney Andrew Yassan said Hudson intended to shoot three students who had not been allowed to graduate for disciplinary reasons and had been denied entry to the Friday afternoon picnic outside Warren Elementary School on Chicago’s south side.

When the Jeep drove by and someone inside flashed a gun, the trio asked the security guard if they could enter the school building and were denied. As they walked away, the Jeep returned, and then the three fled into the school playground where the picnic was being held.

Hudson then reportedly flashed gang signs from the Jeep as he fired into the playground. Children scattered, but two were wounded. One 7-year-old girl suffered gunshot wounds to her thigh and pinkie finger, and an 11-year-old girl was shot in the right hand.

Eleven bullet casings were recovered from the scene. A nearby security camera captured footage of the shooting and a witness was able to identify Hudson as the shooter and front seat passenger.

Police later arrested Hudson and two other juveniles who were in the Jeep after the vehicle was spotted in a garage. Keys to the Jeep, which had been reported stolen the same day, were found on Hudson.

Hudson and the two juveniles, ages 16 and 17, have each been charged with two counts of attempted first-degree murder and two counts of aggravated battery discharge firearm. They have all been ordered to remain in custody.