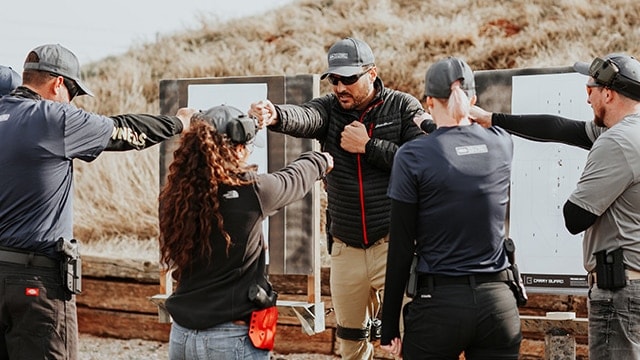 Technically, the answer is “yes.” The training aspect for NRA Carry Guard — insurance for gun owners concerned that they will be arrested if they use their gun in self-defense — will not teach for 1911 pistols or revolvers. That decision limits training courses to more modern duty weapons like semi-automatic polymer frame handguns — specifically “Glock 19/17, Sig P226/P228 or equivalent.”

But technically there’s a “no” answer as well. The course listing explicitly says the above statement, but also advises that students attending the course bring a “secondary firearm” such as their everyday carry gun for training.

To understand the brouhaha, Guns.com called the program’s help line listed in the “contact us” section of its website. A Carry Guard representative explained that the course — Level 1 — is a beginner’s course and to simplify instruction, they’re asking attendants bring firearms that have similar features and performance. In other words, uniformity.

According to the webpage listing of a Level 1 training course, the curriculum covers shooting fundamentals like stance, grip, holster draw and aiming as well as including a series of live fire drills. Each course costs $850 per student.

The representative also said later training courses, like Level 2 or 3, may allow 1911s and/or revolvers, but nothing is set in stone and those courses won’t be available until 2018.