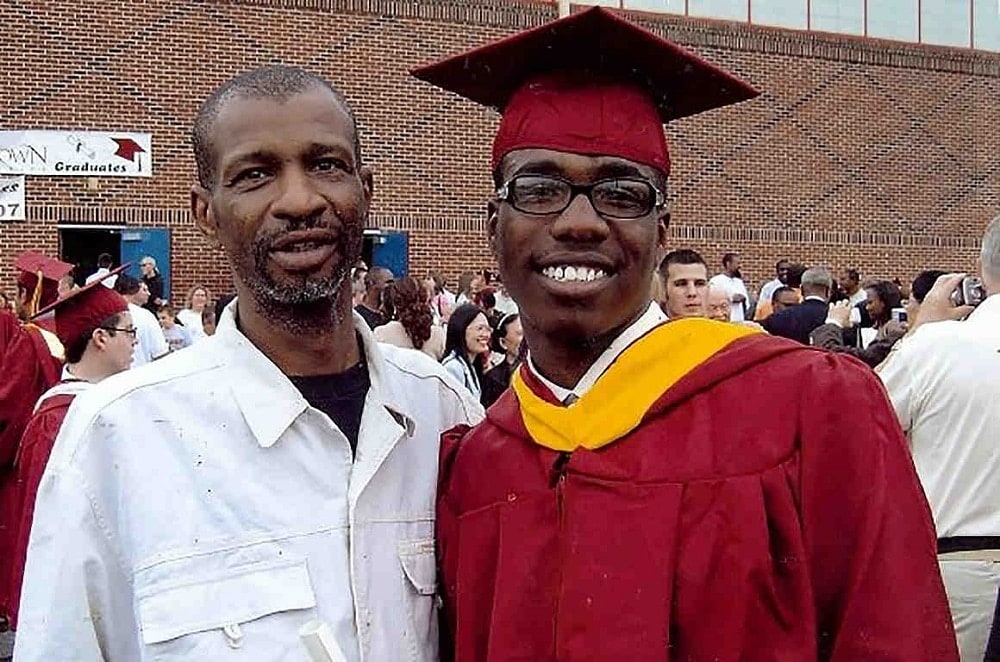 With many calling for harsher penalties for felons in possession of firearms, one lawyer and former victim of gun violence sheds some light on the flip side.

In a piece published by the ACLU, Kevin Harden Jr. talks about being raised by a single dad and the impact that one bad decision had on the rest of his life.

Harden’s father, described as a hard-working and dedicated family man, raised Kevin, his two younger brothers and younger sister in Philadelphia all on his own. Things were going well until an incident at a 2005 block party turned everything upside down.

At the block party, a man began arguing with and, according to witnesses, pulled a knife on Harden’s then 17-year-old sister. Harden’s father rushed into the house, grabbed a gun and put it in his waist. He then confronted the man and lifted his shirt to intimidate him with the gun.

Harden’s father was arrested and charged with being a felon in possession of a firearm. In 1989, Harden’s father had pleaded guilty to committing a strong arm robbery. At the time, Harden notes, his father was battling drug addiction, but by 2005 he had been clean and crime-free for 16 years.

Bail was initially set for Harden’s father at $1,500, which Harden paid, but at a later hearing, the prosecutor added charges of threats, possession of a firearm in public, and concealed possession of a firearm. Those charges ultimately led to a higher bail of $15,000. Harden needed $1,000 to get his father out of jail and had no idea where to get the cash.

Harden, who had been shot four months earlier, was in college at the time, and his father pleaded with him not to do anything drastic to get the money. After the semester ended, Harden was able to scrape together the money from family and friends to bail his father out.

Harden’s father lost his job while in jail and was never able to work again. He was found not guilty of the extra charges but was convicted of being a felon in possession of a firearm.

Though jail time was called for by the prosecutor, Harden’s dad was sentenced to house arrest. Harden notes the Judge later became his mentor and says he’ll be forever indebted to the judge for allowing him to spend time with his father during the last three years of his life.

Harden ends by calling for criminal justice reform and fair bail practices and sentencing guidelines. He notes that though his family suffered from what he sees as “bad bail practices,” they ultimately benefited from a merciful sentencing.