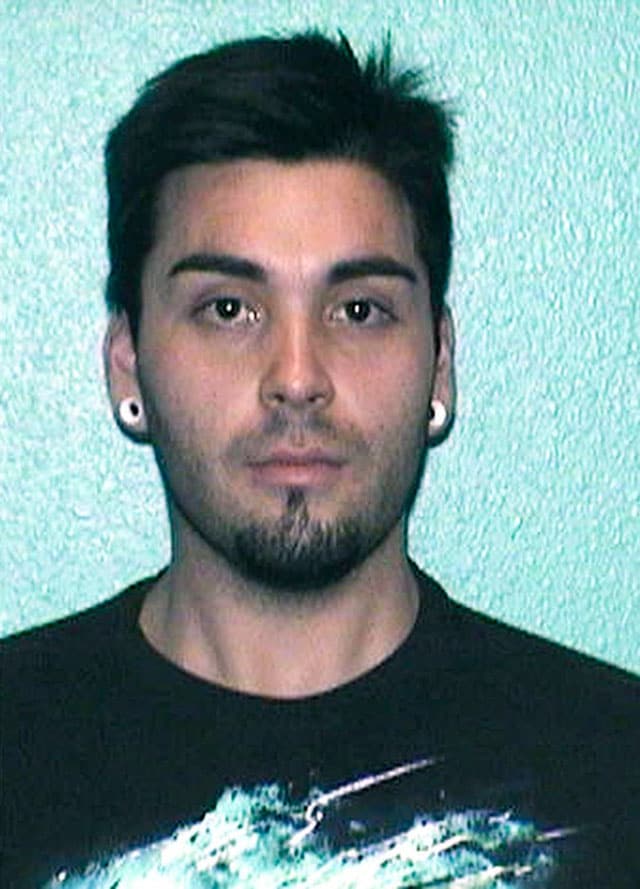 Authorities in New Mexico continue to investigate an incident that left five people dead when a 21-year-old man went on a killing spree Thursday evening that spanned 185 miles.

Damian Herrera, 21, is being held without bond at the Rio Arriba Detention Center. He is charged with five open counts of murder, as well as tampering with evidence and stealing a car.

District Attorney Marco Serna said in a press conference that Kyte and Serrano were merely victims of circumstance and not known to Herrera.

Authorities say the incident started Thursday afternoon when Herrera shot his mother, stepfather and half-brother at their home in the rural community of La Madera, about 50 miles north of Santa Fe. Herrera first shot his step-father, who was outside at the time. Herrera’s half-brother then came outside and a struggle ensued, during which time the brother was shot in the neck. As Herrera’s mother tried to help her injured son, Herrera shot her as well.

Herrera’s sister was home at the time and witnessed all three family members get shot. She was uninjured and ran to a neighbor’s home for help.

Ortega said it was heartbreaking.

After shooting his three family members, Herrera hitched a ride with Kyte, then shot him and stole his truck while at a home in Tres Piedras.

Herrera later encountered Serrano at a gas station in Abiquiu. As Serrano pumped gas and washed his windows with his back to Herrera, for no apparent reason, Herrera fatally shot him as well. Witnesses reported hearing about five gunshots.

Serna called the murders horrific and senseless, noting that they have “rocked northern New Mexico to its core.”

Around 8:15 p.m., not long after Serrano was shot, Herrera was spotted in the stolen pickup truck. Deputies caught up to Herrera, but he led them on a 5-mile chase before he lost control on a curve in the road and crashed into a tree. Herrera then got out of the vehicle, charged at the deputies, and a scuffle ensued.

During the struggle, Herrera attempted to take a deputy’s gun, and while the deputy’s gun discharged, no one was shot. However, Herrera did suffer injuries from the fight and was transported to the hospital once in custody. He was treated and released then taken to the Rio Arriba Detention Center.

At this point, there is no clear motive for the killings, and authorities confirmed that Herrera has no prior criminal history and no known history of mental illness. However, court documents indicate that Herrera had previously spoken with friends and family about killing “for fun.”

Herrera appeared to show no signs of remorse, displayed a “blank stare” in court, and only sighed at the mention of his mother’s murder.