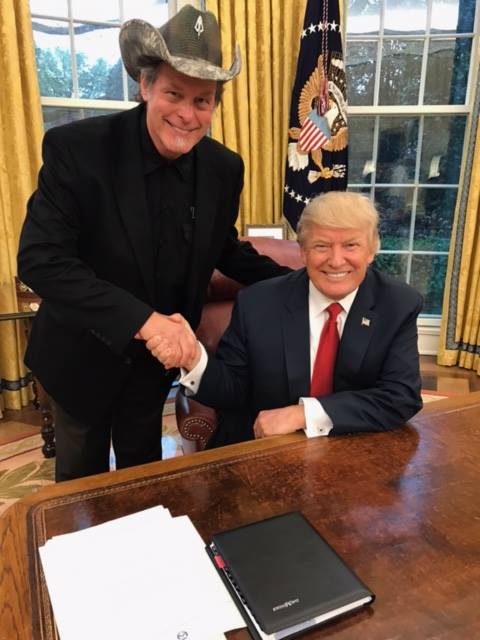 Rocker and gun rights advocate Ted Nugent is calling for more civility after Wednesday’s shooting at a congressional baseball practice.

Nugent, who once said then Democratic presidential candidate Barack Obama should “suck my machine gun” during an onstage rant, told WABC Radio on Thursday that he now intends to be “more selective with my rants and in my words.”

“At the tender age of 69, my wife has convinced me I just can’t use those harsh terms,” he said. “I cannot and will not and I encourage even my friends, slash, enemies on the left, in the Democrat and liberal world, that we have got to be civil to each other.”

“I’m not going to engage in that kind of hateful rhetoric anymore.”

Nugent reiterated his urge to open up a more civil dialogue on Fox and Friends Sunday and tried to clarify his now infamous “suck my machine gun” statement.

“I have never projected hate,” he said. “When I said that about sucking on my machine guns, that was a direct response to the liberal Democrats — Obama and Clinton, et al — to ban certain types of firearms, violating their oath to the Constitution and the Second Amendment.”

Nugent apologized for the “Detroit street slang” that he said sometimes gets misconstrued as actual threats.

“I’m saying we must all unite to bring no violence, no harm to any of our fellow Americans.”

Nugent even went so far as to say he will join liberal commentator Bill Maher on his HBO show to call for non-violent discourse.