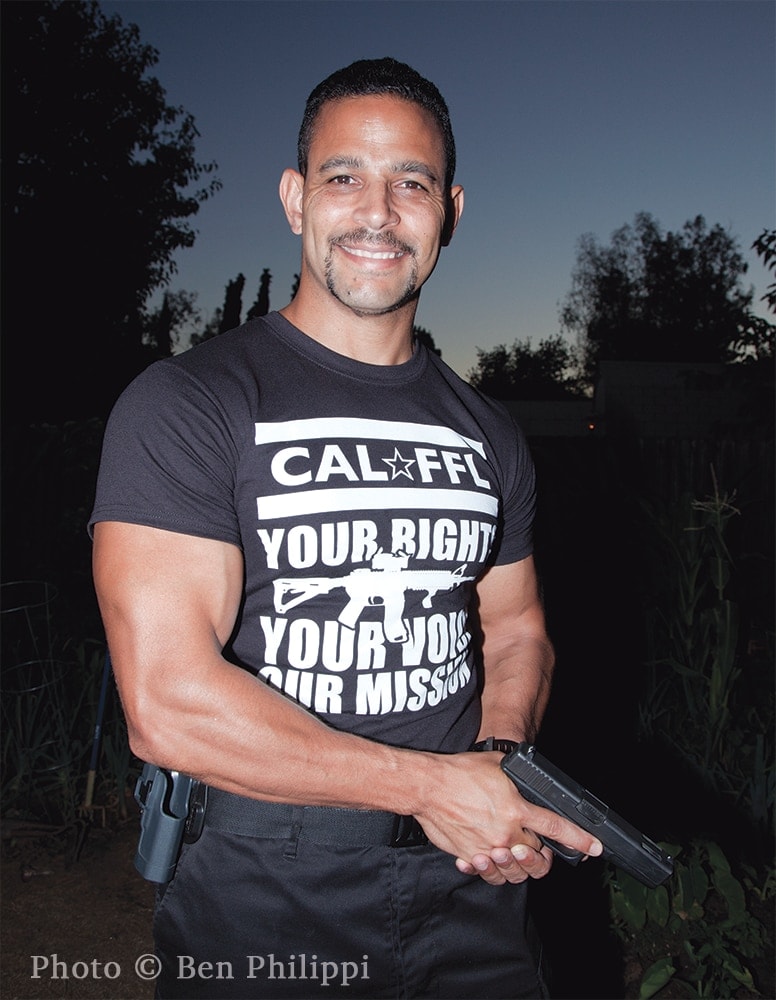 Actor, writer and speaker Craig DeLuz used to think that simply believing in the Second Amendment was good enough. But then he realized he had to get involved to protect and ensure it, much like any other civil right.

I didn’t always know that. I thought I did. I believed, like so many good Americans, that when I said I believed in the Second Amendment, that was enough.

Boy was I wrong!

I was always curious about guns and believed I had a right to own one, but never took the step to actually become a gun owner. Then it happened. I finally got my baby, a Glock 17C. And with it came a whole new understanding of the gun rights movement.

That sounded easy enough. After all, it’s right there in the Constitution, ‘the Right to Keep and Bear Arms shall not be infringed.’ How much more clear could the founders have been?

Evidently, they were not clear enough for some, as it seemed that lawmakers across the country were firmly committed to doing all the ‘infringing’ they could.

So, what started off as a passing curiosity about guns quickly blossomed into a full blooded passion to stand up for civil rights. I got involved with a group of young guys who were tired of the ‘go-along, get-along’ passive politics that seemed to plague the gun rights establishment in California. They started a brand new organization dedicated to being the most aggressive Second Amendment advocacy group in the state. And thus began my associations with the California Association of Federal Firearms Licensees (CAL-FFL).

Working with CAL-FFL, I have been blessed to be on the forefront of gun rights advocacy in one of the most hostile states in the country. We’ve won some battles and we’ve lost some. But I can honestly say that we won several fights that nobody thought we could win.

But what has been most encouraging has been the way the everyday citizens have stepped up and stood up for the rights of all Californians. Every letter, every phone call, every email sent was a message to the politicians that we will no longer sit idly by and allow them to violate our constitutional rights.

The day we delivered 65,000 individual letters to the Governor asking him to veto the anti-gun bills on his desk was one of the proudest days of my life, not because I had done anything special, but because we had done something special.

That day I officially became a gun nut! And that’s a label I’ll proudly wear the rest of my life.