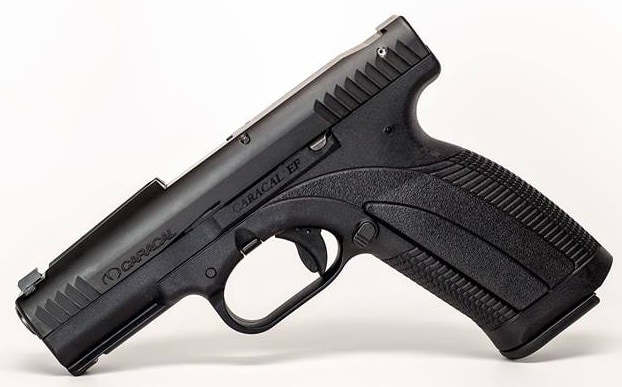 The Enhanced F – Limited Edition will be available to a small group of dealers in early July. (Photo: Caracal USA)

The release of the Limited Edition pistol marks the first product release from Caracal USA and the company says the new gun aims to commemorate the gun maker’s commitment to supporting the U.S. market.

“We are very excited to get the Enhanced F into the market and into the hands of responsible shooters and enthusiasts who have been waiting for this release,” said Caracal USA Director of Marketing Jae Gillentine in a press release.

The Enhanced F – Limited Edition boasts a striker-fired, polymer frame design chambered in 9mm. The pistol is comprised of a Caracal International frame paired with a Caracal USA slide and is assembled in the U.S. Equipped with a crisp, short double-action trigger, the Enhanced F ships with an 18-round magazine.

The gun touts either 3 dot sights or the “Quick Sight System” which places the front and rear sights on a single focal plane. This allows shooters to acquire a flash sight picture on a target quickly.

Priced at $599, the Enhanced F – Limited Edition pistol is backed by a limited lifetime warranty for the original owner.