An attempted robbery outside of a Sarasota home last week caught on surveillance video didn’t go as planned for the five suspects when one of the would-be victims fought back – first with a board and then a machete.

Three of the five suspects – who were armed with a shotgun, a machete, and a crow bar – can be seen approaching the homeowner as he sat outside with another man. At first, the homeowner picked up a board and started swinging it at the suspects, but then the man disappeared inside the home.

Moments later, the homeowner reappeared with a machete of his own and sent the would-be robbers fleeing. But soon after the scrambling stopped, the homeowner comes back into the camera’s view, dragging one of the suspects by his clothing with one hand, while holding tight to the machete with the other hand.

According to the sheriff’s office, when deputies arrived at the home, the lone suspect was being held by the homeowner, while the remaining four took off prior to the officers’ arrival.

A short time later, however, authorities located the four remaining suspects at a nearby gas station. Inside their vehicle, deputies found the clothing worn by the suspects during the attempted robbery, as well as zip ties.

All five suspects were apprehended and being held at the Sarasota County Jail without bond. Two of the suspects admitted to the crime during interviews with investigators. 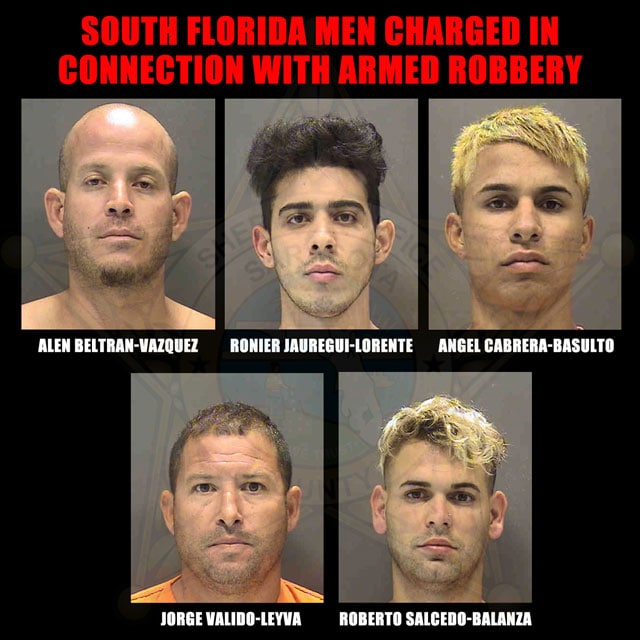