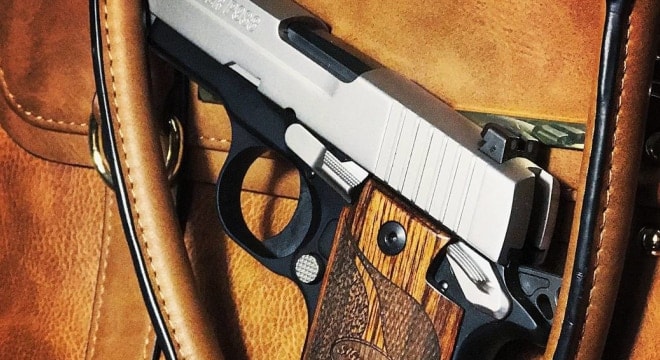 Legislation to treat concealed carry permits like drivers’ licenses nationwide is gaining steam in Congress while opponents dig in.

Introduced by U.S. Rep. Richard Hudson, R-NC, on the first day of session in the new House, the bill now enjoys the support of Hudson and 199 co-sponsors from 42 states. The bill is largely Republican, with three Democrats crossing the aisle, and is currently one of the top 10 most-viewed bills in Congress.

“Your driver’s license works in every state, so why doesn’t your concealed carry permit?” says a backgrounder on the bill circulated by Hudson’s office. “Just like your privilege to drive, your Second Amendment right does not disappear when you cross state lines. However, conflicting state codes have created a confusing patchwork of reciprocity agreements for concealed carry permit holders.”

Hudson’s bill would amend federal law to allow those eligible to possess a firearm to have a concealed handgun in any state that allows individuals to carry a pistol or revolver. Those who do so would have to carry a valid permit with them as well as a photo ID. The bill also applies to nonresident permit holders.

Astronaut and Navy Capt. Mark Kelly, co-founder with his wife– former U.S. Rep. Gabrielle Giffords — of Americans for Responsible Solutions, has often argued that national reciprocity violates states’ rights and constitutes a public safety threat, going on to describe it simply as “bad legislation” when speaking recently in the aftermath of an attack on House Republicans at a charity baseball practice.