Authorities in Argentina discovered a trove of Nazi artifacts inside a secret room behind a hidden wall of a home in Beccar, near Buenos Aires.

The objects are believed to be authentic and likely belonged to high-ranking German Nazis during World War II. The pieces are also “of illegal origin and of great interest due to their historical value,” according to Argentina’s Ministry of Security. 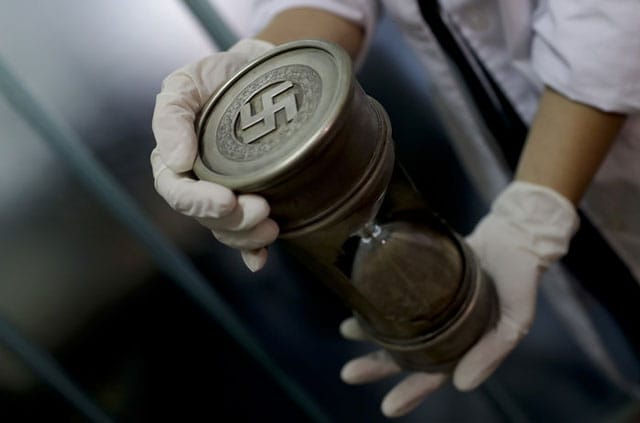 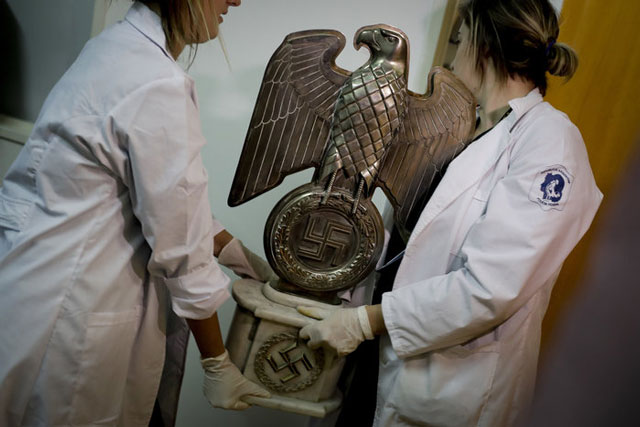 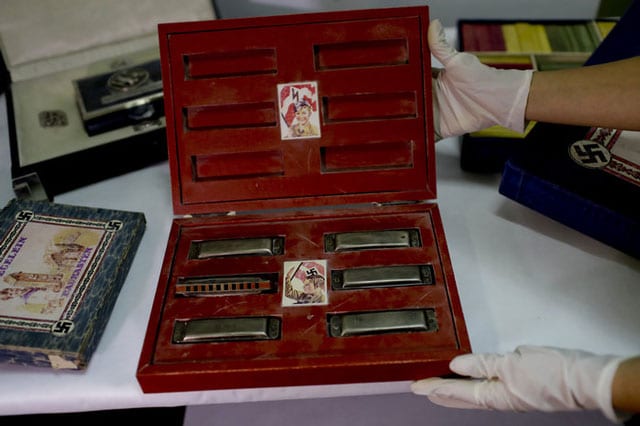 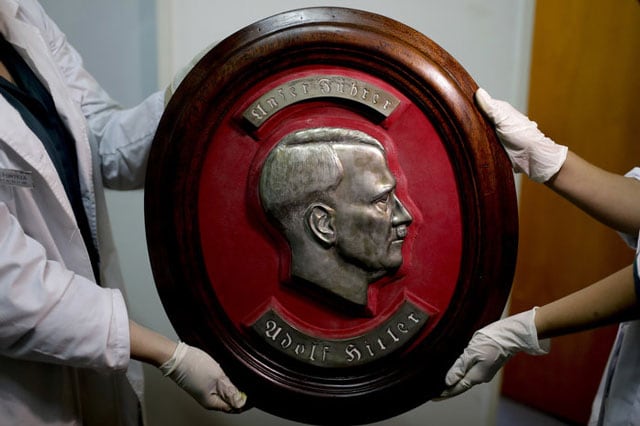 The more than 70 items included weapons, a Nazi eagle, a large hourglass adorned with a swastika, and an Adolf Hitler bust relief. The trove also included a box of youth harmonicas and a number of toys which were typically used to indoctrinate children.

“There are Nazi objects used by kids, but with the party’s propaganda,” explained Commissioner Marcelo El Haibe. “There were jigsaw puzzles and little wood pieces to build houses, but they always featured party-related images and symbols.”

It’s not clear how or when the pieces came to Argentina, but they’re now on their way to the Holocaust Museum of Buenos Aires.