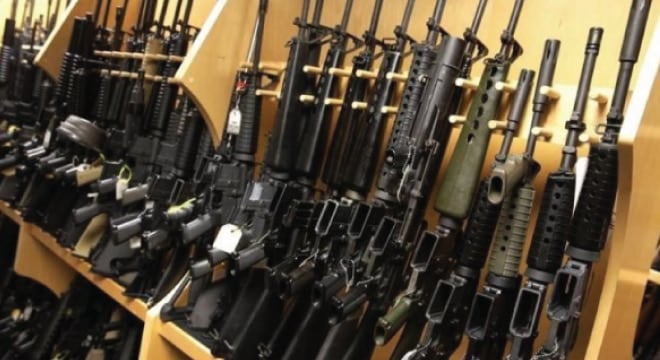 Senate Republicans the week filed legislation to stop the controversial requirement for gun dealers along the U.S.-Mexico border to report multiple rifle sales to the Bureau of Alcohol, Tobacco, Firearms, and Explosives.

Termed the Protecting the Second Amendment Act, the measure was introduced Wednesday by U.S. Sen. Luther Strange, R-Alabama, with Texas Republicans Ted Cruz and John Cornyn signed on as co-sponsors. It aims to repeal a 2011 rule that Federal Firearms License holders in Arizona, California, New Mexico and Texas report whenever, during a five-day period, the same buyer purchases two or more rifles.

“The Obama administration demonstrated time and again a disturbing willingness to bypass the separation of powers and disregard Congress as a Constitutional watchdog,” Strange said in a statement. “Had the restrictions faced by lawful gun dealers in border states been applied to Alabama, many sportsmen, myself included, would have a difficult time practicing our hobby, and exercising our Constitutional rights.”

The bill, filed as S.1397, would nullify the reporting practice that came after the controversial “Fast and Furious” gun-walking operation was exposed. The agency currently requires that multiple sales of certain rifles defined as semi-automatic rifles greater than .22 caliber capable of accepting a detachable magazine be reported if two or more are sold to the same individual during any five consecutive business days.

Gun industry trade groups opposed the extra data collection from the start, pointing out that in ATF inspections of more than 2,000 FFLs in Texas and Arizona in 2011, none were charged with violations.

Aimed at garnering intelligence to prevent gun trafficking into Mexico, the regulation was upheld by a federal court in 2014 after a group of FFL holders in New Mexico challenged the requirement, claiming that the ATF did not have the authority to require such reporting as the Gun Control Act of 1968 only required the tracking of multiple handgun sales.

S.1397 has been referred to the Senate Committee on the Judiciary.