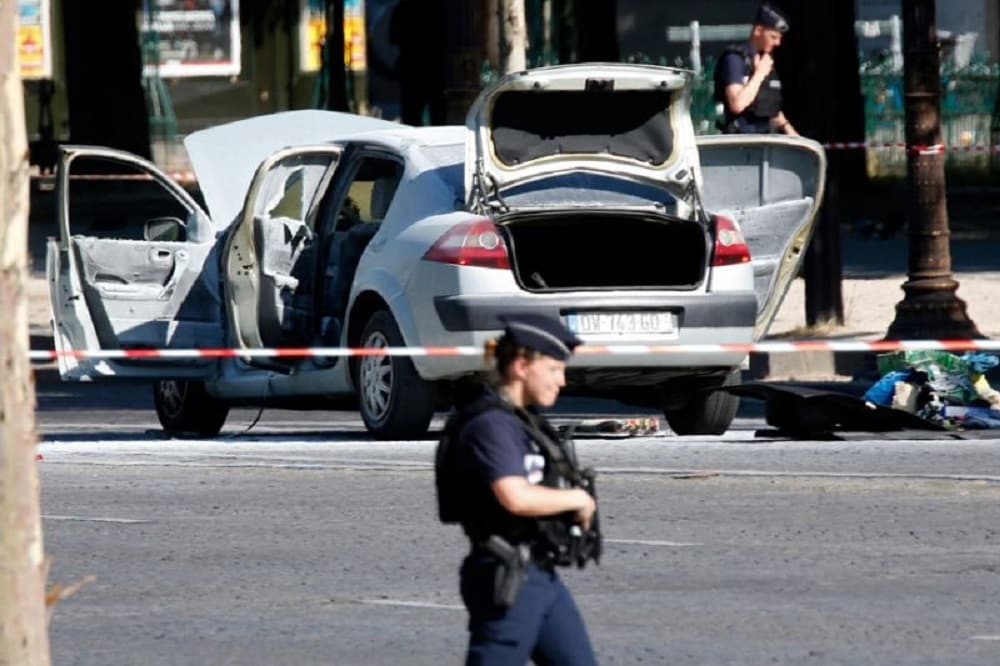 French police patrol the scene of a failed terror attack on the Champs Elysees in Paris. (Photo: Reuters)

French officials have said the man who tried and failed Monday to carry out a terrorist attack in Paris held a gun permit and stored a cache of weapons at his home.

Reuters reported the 31-year-old man, who died when he rammed his vehicle into a police van on the Champs Elysees avenue in Paris, was preparing to be a jihadi fighter at a gun sports club. Despite being on a watch list of radicalized individuals, the man also had a renewed gun permit and a stash of weapons and bomb-making materials at his home.

The day of the failed attack, the man named by officials as Adam D. strapped a Sig Sauer pistol to his body and had placed in his vehicleknives a rifle, thousands of round of ammunition and two large gas canisters before ramming into the police van on the Champs Elysees.

“The scale of the arsenal found in the vehicle shows the size of the planned terrorist attack and the dramatic human cost it could have inflicted,” said prosecutor Francois Molins.

Molins said the man most likely died of cardiac arrest and inhalation of toxic fumes, as orange smoke rolled out of his car after the crash.

Police found in the man’s car a copy of a letter he had sent to several people that day claiming he had joined the shooting club to train for jihadi fighting and had sworn allegiance to ISIS.

Officials also noted the man had frequently traveled to Turkey, one of the main stopping points for foreign jihadists trying to get to ISIS hotbeds in Syria.