Florida Sheriff: 'Get a concealed firearms license and carry it' (VIDEO) 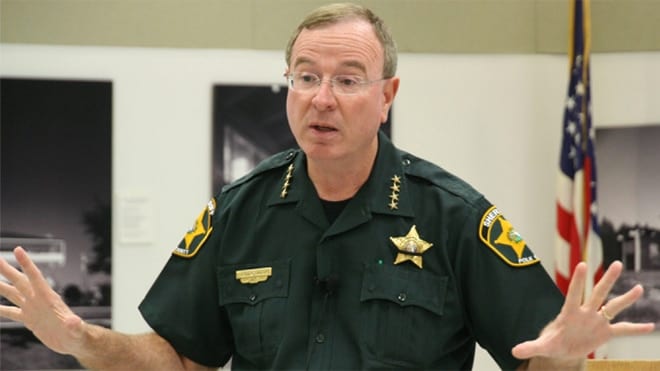 Another Florida sheriff is urging citizens to arm themselves and fight back if they should find themselves in an active shooter situation.

Polk County Sheriff Grady Judd told WFTS ABC News that while running and hiding can be a good option during some active shooter attacks, he hopes people will prepare if they should need to fight back themselves.

“If you’re not afraid of a gun, get one,” Judd said. “Become proficient. Get a concealed firearms license and carry it. And if you need to shoot somebody, shoot ‘em a lot.”

“The armed assailant doesn’t plan on you fighting back,” he said. “He plans on having a gun, doing all the shooting, and you’re just the sitting duck. Well, the ducks need to shoot back.”

“That’s ridiculous, absolutely ridiculous,” Dailey said. “I’m all for your right to own a gun if you are a responsible person, but you should have to prove it.”

Judd’s statement came days after a fellow Florida law enforcement officer, Brevard County Sheriff Wayne Ivey, made similar comments, calling on citizens to arm themselves and fight back in the event of another attack.