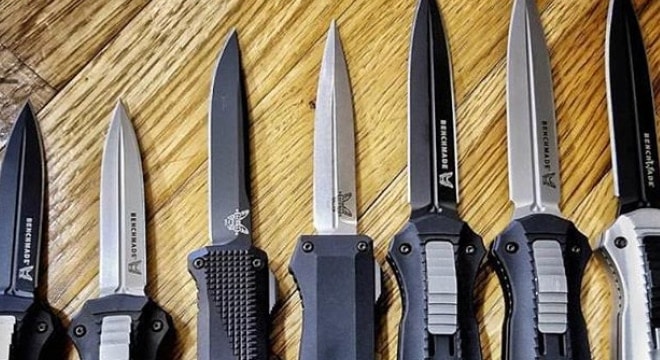 Michigan currently bans knives “which can be opened by the flick of a button, pressure on a handle or other mechanical contrivance” (Photo: Benchmade)

A popular bipartisan Senate bill to scrap Michigan’s 1950s-era ban on “switchblades” cleared the House on Thursday and is headed to Gov. Rick Snyder.

The measure, SB 245, only picked up a single “nay” vote in each chamber of the Legislature and aims to repeal a law backers describe as dangerously antique.

“Michigan’s law on these types of knives is outdated and was written at a time when popular films portrayed spring-assisted knives as extremely dangerous weapons,” said the bill’s author state Sen. Rick Jones, R-Grand Ledge, in a statement. “These are spring-assisted knives, such as utility knives commonly carried by police officers and members of the National Guard.”

The language in Jones’ bill would strike the classification on knives that can be opened with a button, handle pressure or other “mechanical contrivance” which currently carry a misdemeanor punishment of up to 93 days in jail and/or a fine of up to $2,000.