We had the chance to attend Mossy Oak’s Summit at Harpole’s Heartland Lodge in Nebo, IL.  Many of the companies who team with Mossy Oak patterns were on hand to pitch their wares.  Here are some of our favorites after spending several days with these fine folks in the outdoor industry: 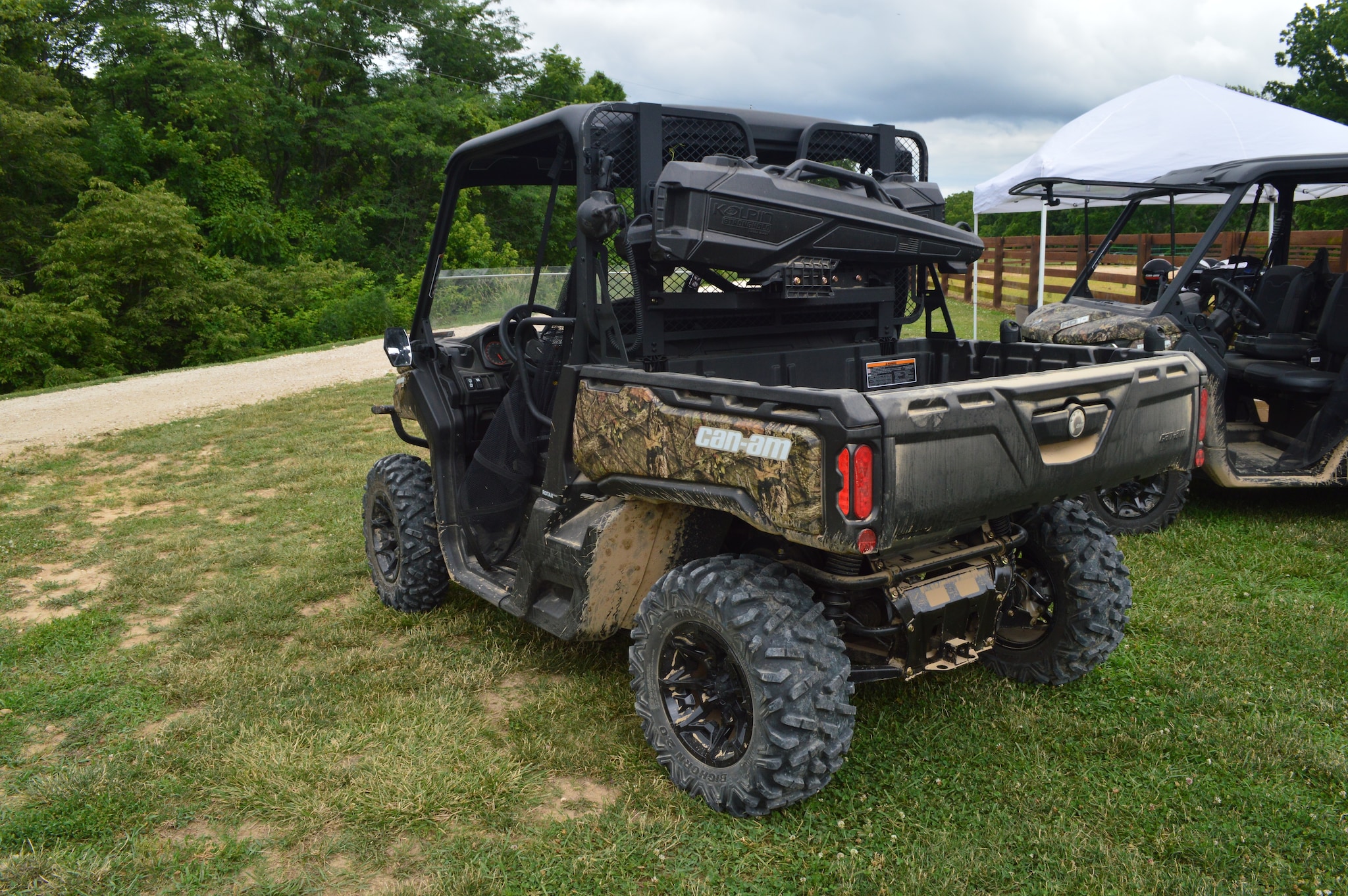 Might as well start with the biggest dollar, best fun for off-road hunters. We had the pleasure of running the steep trails of Heartland Lodge with the Can-Am Defender hunting edition. From washed out gullies to rugged terrain, this machine never missed a beat. And best of all, this Hunter model comes standard with plenty of accessories for hunters, including a spotlight, a winch, two hard gun boots and great Mossy Oak camo finish. (Photo: Kristin Alberts) 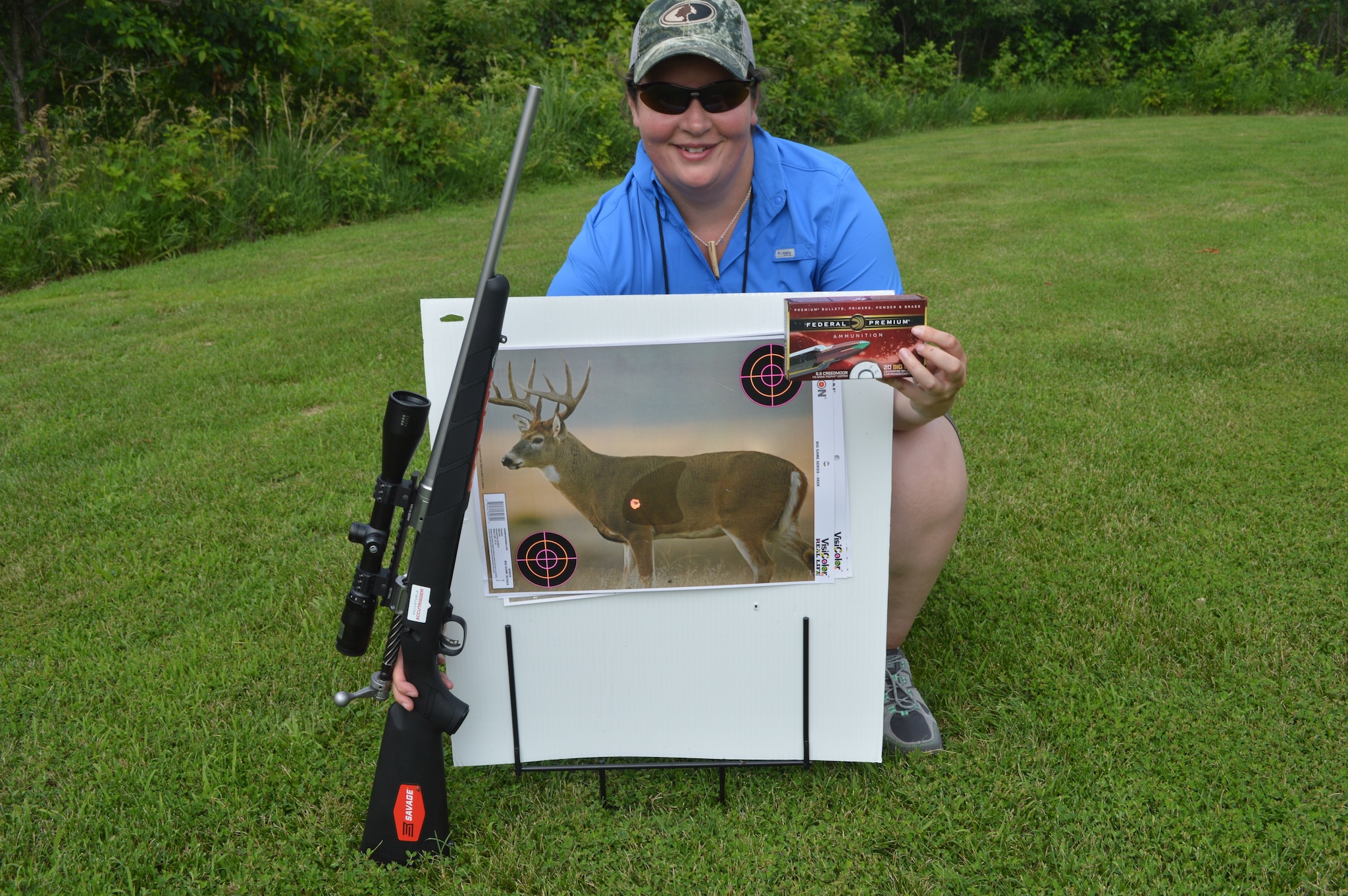 Showing off some of Vista Outdoors’ latest and greatest. Here we see the results of shooting Savage’s new Lightweight rifle in 6.5 Creedmoor, with the matching Federal Premium ammo and new shoot-and-see targets. One shot at 100 yards shows a direct hit to the vitals. (Photo: Kristin Alberts) 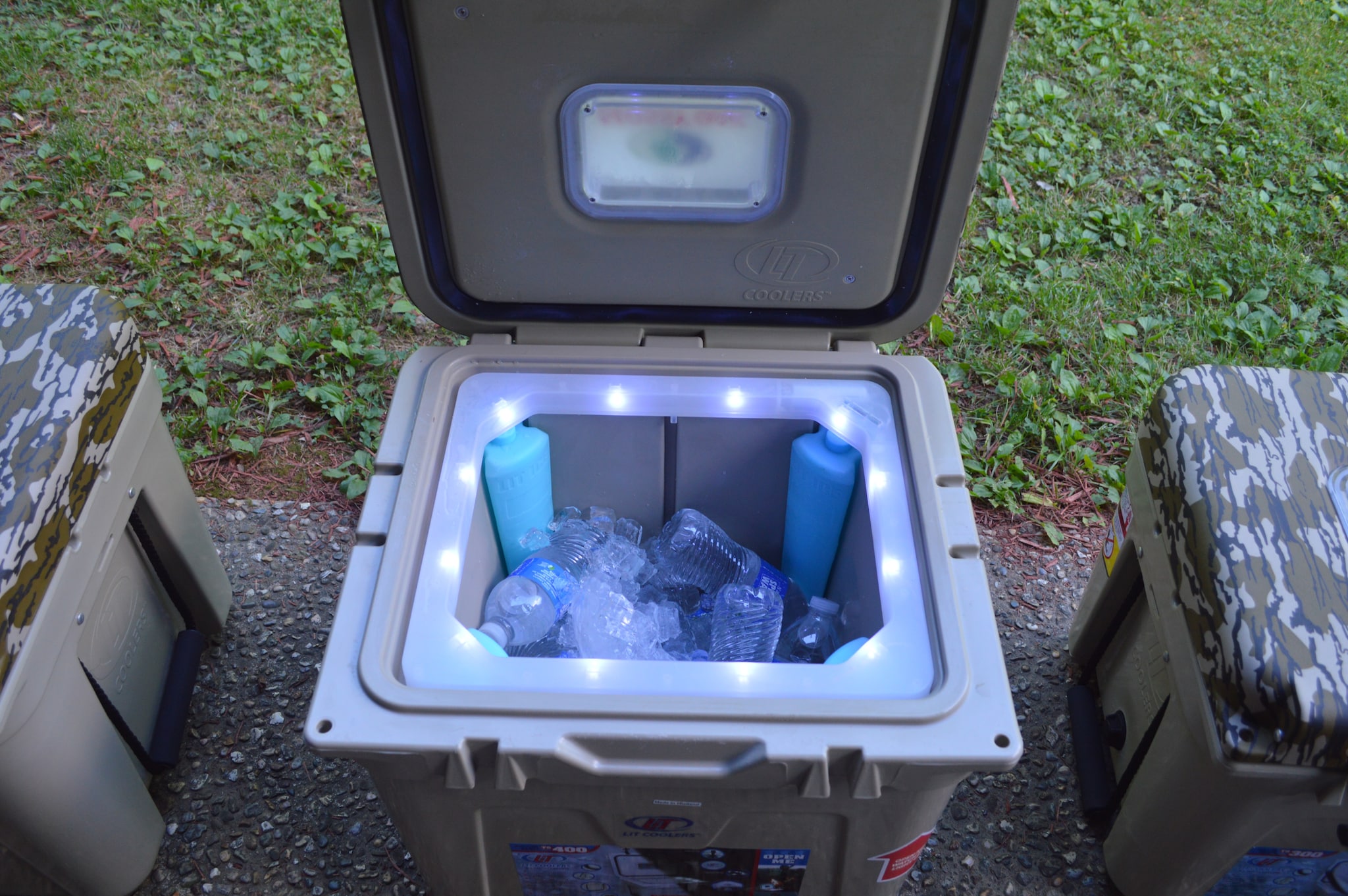 You didn’t’ even know you wanted a lighted cooler. Heck, you may have been like me and not even knew they existed. Lit Coolers has smashed onto the market with some great patented features including the “ice legs” that sit at the corners and are able to keep the cooler chilled even without ice. And of course, there’s the namesake feature — the lighted strip for those dark dawns and evenings. (Photo: Kristin Alberts) 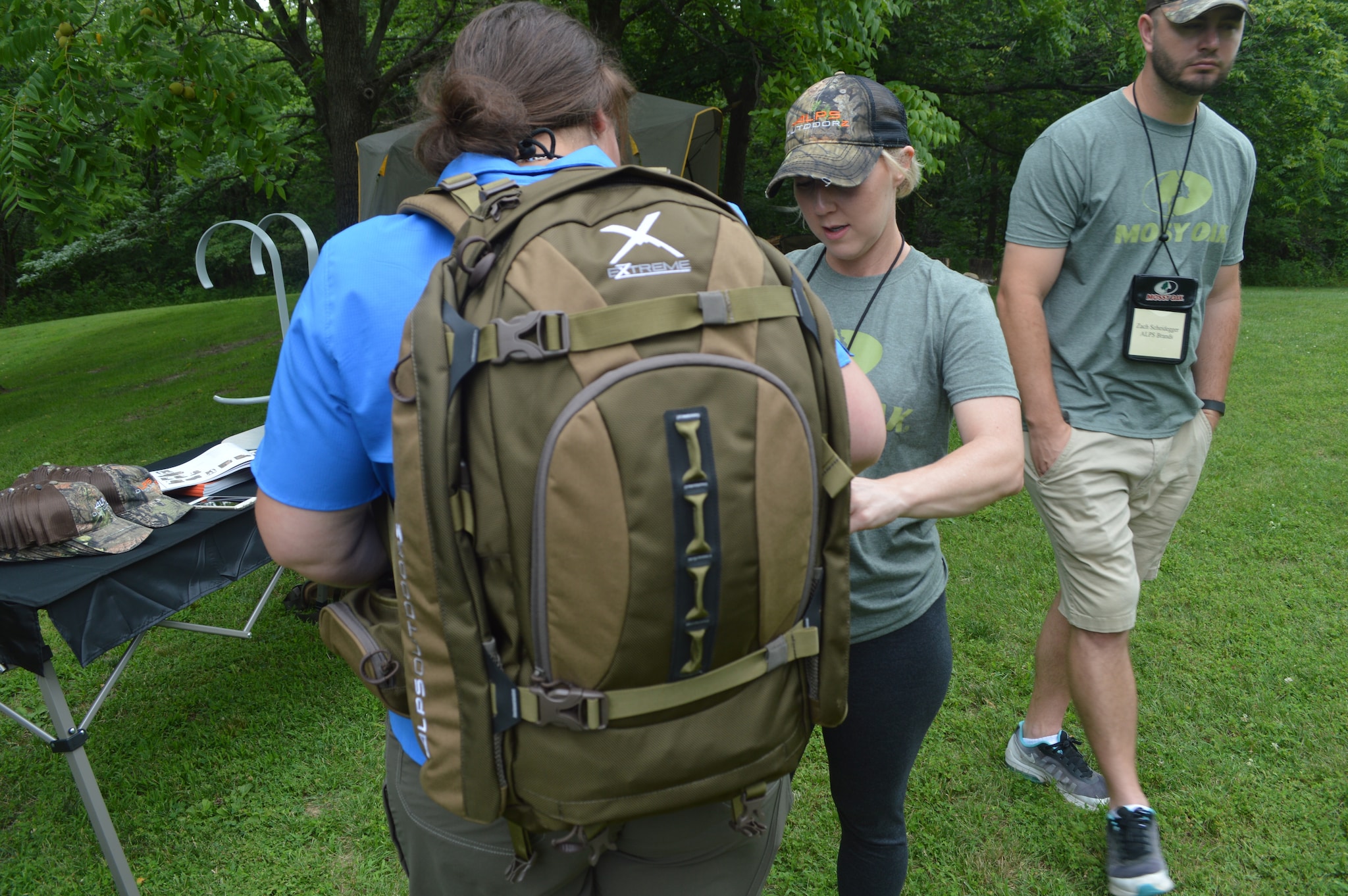 Our friends at Alps Outdoors had plenty of packs to showcase at this event, but the two that stood out the most for serious hunters and meat packers were the men’s Traverse and women’s Monarch. We’re especially interested in the women’s pack, which has all the features of the men’s model but more tailored to a woman’s frame. (Photo: Kristin Alberts) 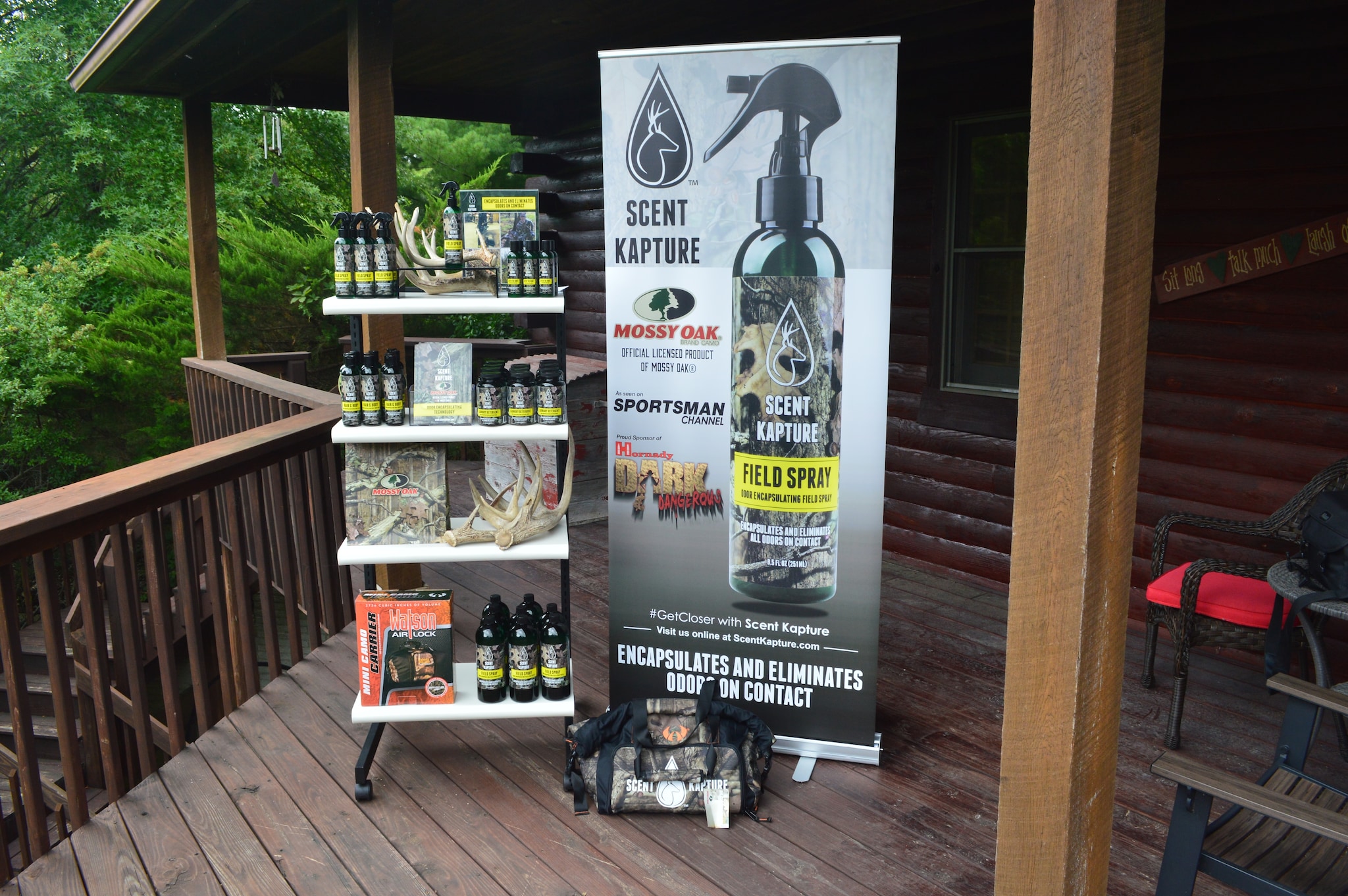 I’m an avid hunter and I’d never heard of Scent Kapture until now. But I can tell you, their products work. From field spray to hair & body wash, to laundry detergent, Scent Kapture tackles the scent-free game with a new technology that doesn’t just mask the scent, but rather, encapsulates odor molecules. The Scent Kapture team proved their point by soaking down a small item with pure ammonia, and with only two sprays from their odor eliminator, the stink was completely gone.  (Photo: Kristin Alberts) 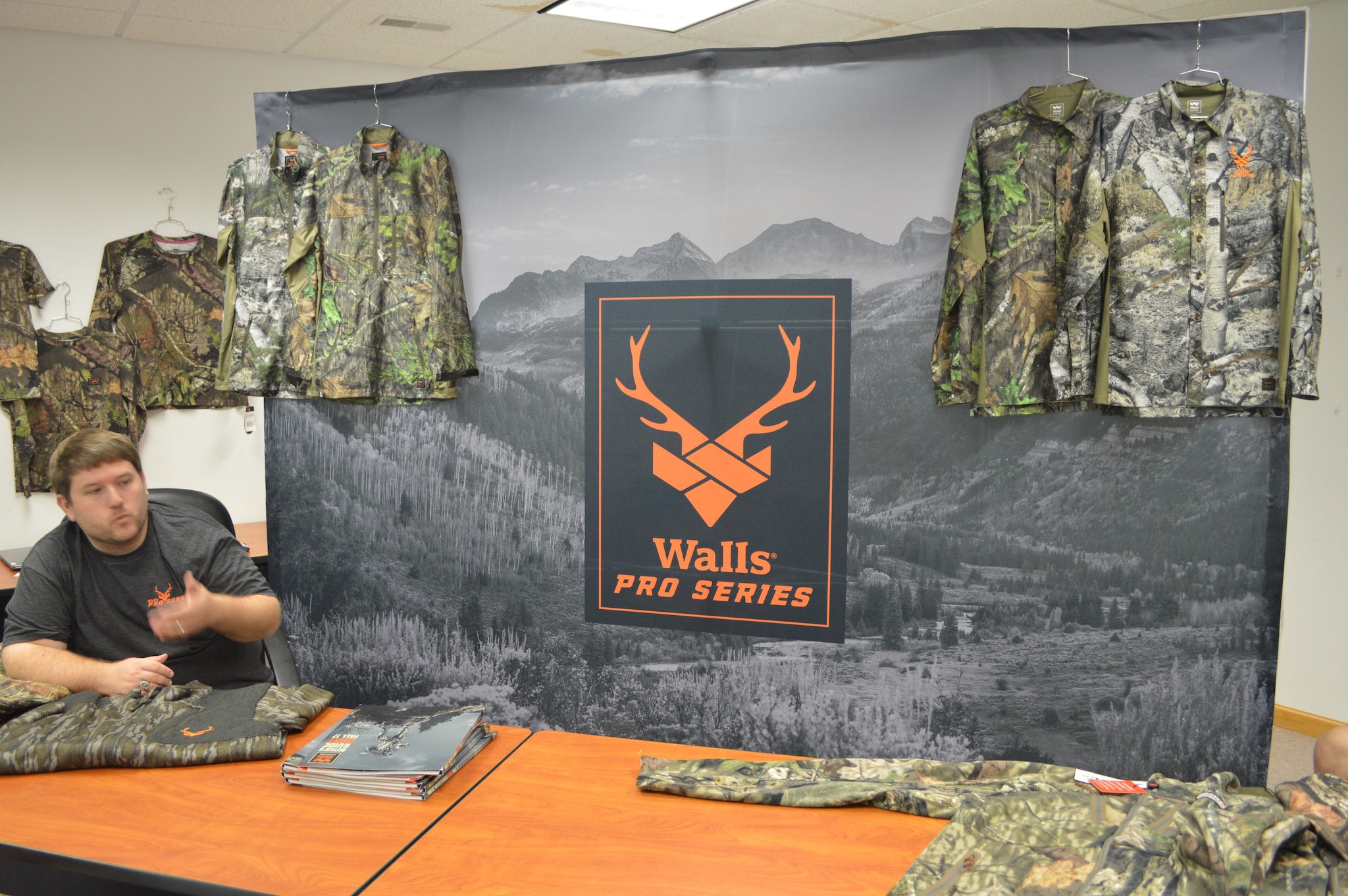 The company once branded as 10X hunting apparel is now branded as Walls following a buyout by Williamson-Dickie.  The new Walls Outdoors line offers a wide variety of hunting garments, with something for every season from rainwear to early season to heavy winter setups. The Legend Series is the most affordable, while the Pro Series is top of the line.  They currently have a small offering of both women’s and children’s lines as well. (Photo: Kristin Alberts) 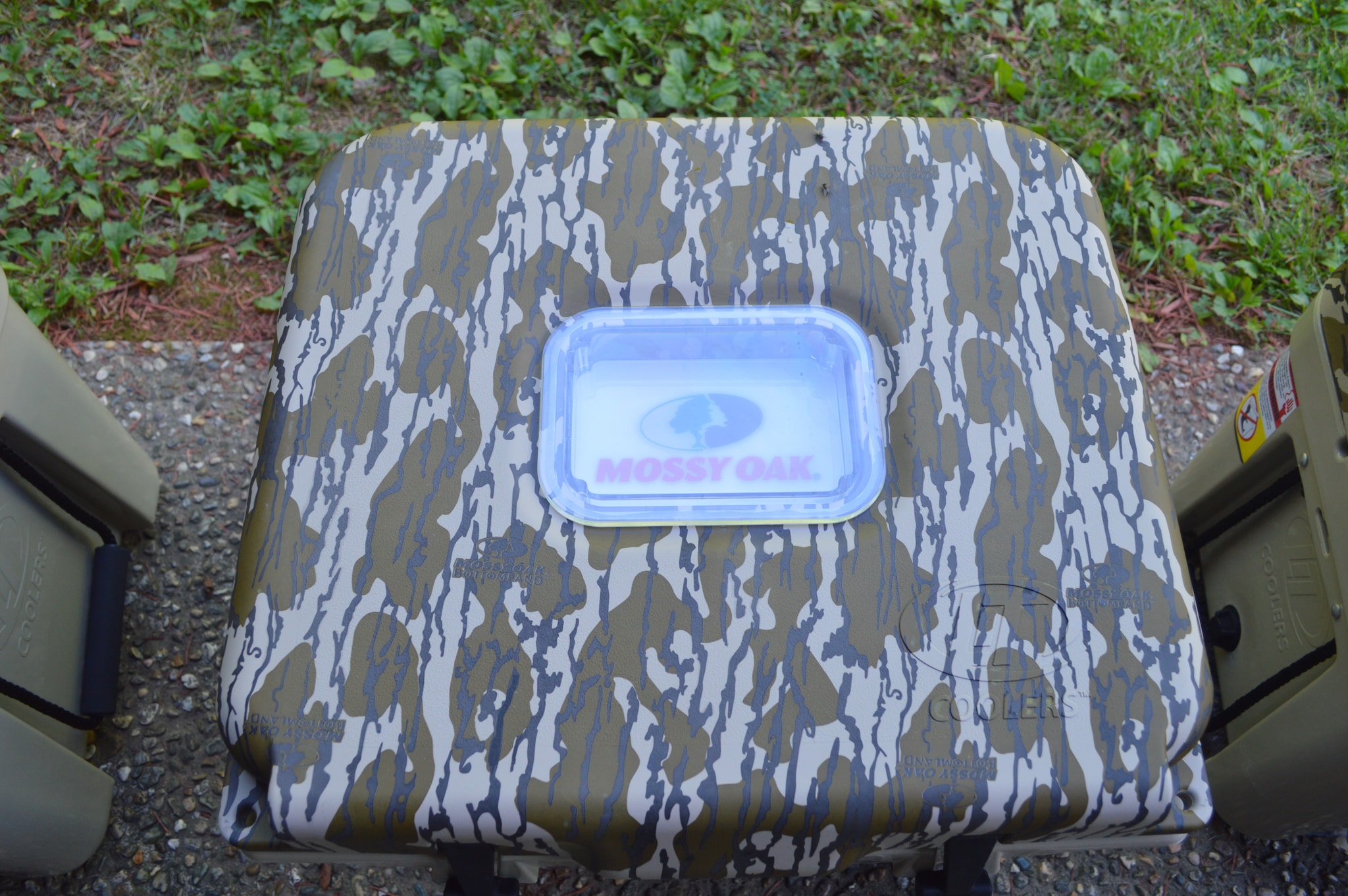 Mossy Oak may be crowned king of the camos. Hey, it is their event, but I think we’d be hard pressed to find any hunter out there who wears camo who doesn’t have something — or many things — in some variation of Mossy Oak. From guns to gear, apparel to footwear, they have hunters covered, concealed and ready to follow their passion. Here we see the company’s branding on a Lit Cooler with the Bottomlands throwback camo. (Photo: Kristin Alberts) 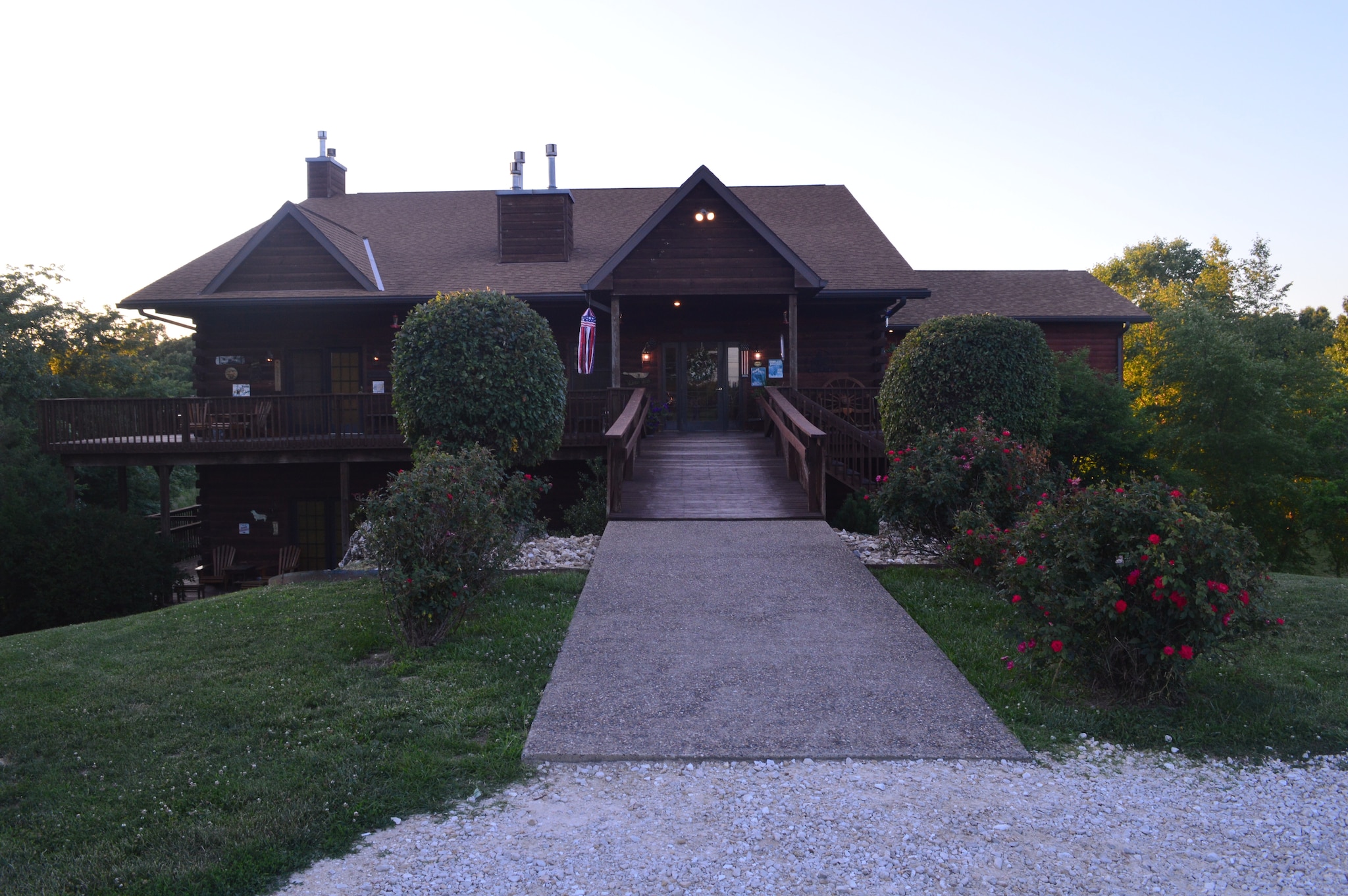 This is not a gun or gear for hunters, but rather a premier destination lodge. We had the privilege of spending some time at Harpole’s Heartland Lodge in Pike County, IL. The property is owned and operated by a passionate mother-son team, and they treat guests first class. We had the opportunity to shoot guns, ride the off road trails on Can-Am UTV’s and enjoy the scenery. There’s a sport for every hunter at Harpole’s with options from guided upland bird hunting, whitetail deer, and turkey hunts.  There’s even a sweet sporting clays course on the sprawling grounds.  And as good as the hunting is on the property, the food and hospitality are even better. For more details, check out harpolesheartlandlodge.com (Photo: Kristin Alberts)