'Pizzagate' gunman gets 4 years for assaulting restaurant with AR-15 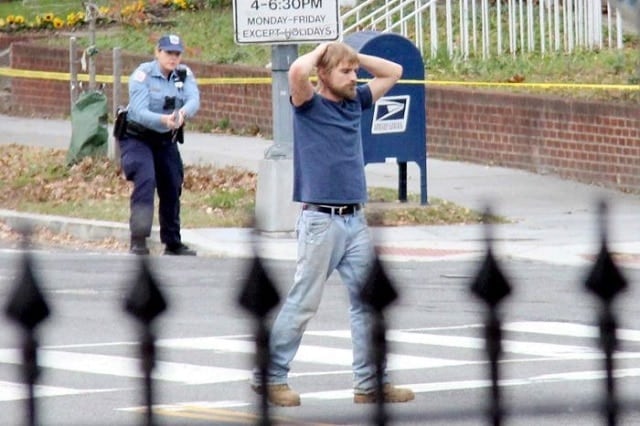 A North Carolina man was sentenced Thursday to four years in prison on charges related to him assaulting a Washington, D.C. pizza restaurant with an AR-15 rifle and revolver, the Justice Department said in a news release.

Edgar Maddison Welch, 29, pleaded guilty on March 24 to the related charges of interstate transportation of a firearm and ammunition and assault with a dangerous weapon. In addition to the four year prison term, Welch was also sentenced to three years of supervised release.

The incident occurred on Dec. 4 after Welch transported three loaded firearms from North Carolina to Washington. The guns included a 9mm AR-15 rifle loaded with approximately 29 rounds of ammunition, a fully-loaded, six-shot, .38-caliber revolver, and a loaded shotgun with additional shotgun shells.

Welch drove to the Comet Ping Pong pizza restaurant in northwest D.C., armed himself with the AR-15 and revolver, and marched inside the restaurant. Employees and customers, including children, scattered and fled the building. Welch then tried to pry open a locked door with a butter knife and shot the door multiple times with his rifle.

Minutes later, an employee unaware of the attack came into the restaurant. Welch pointed the rifle at the employee but did not shoot. The worker fled and left Welch alone in the restaurant. Eventually, Welch exited the establishment as well, leaving his firearms behind. He was then arrested, and no one was injured in the attack.

Evidence presented by the government showed that Welch was in part motivated by a fake news story that claimed Comet Ping Pong housed a child sex ring visited by Washington elites, such as Hillary and Bill Clinton.

Welch learned of the “Pizzagate” conspiracy theory on Dec. 1, just days before the incident. Welch watched YouTube videos on the conspiracy and also read related articles on non-credible websites.

The “Pizzagate” conspiracy was created in early November 2016 after James Alefantis, the owner of Comet’s and a supporter of the Democratic party, was found in a Clinton Campaign email released by Wikileaks. The creators of the fake news story then took to social media and found photos of the restaurant’s interior, which showed innocent pictures of children and art lining the walls.