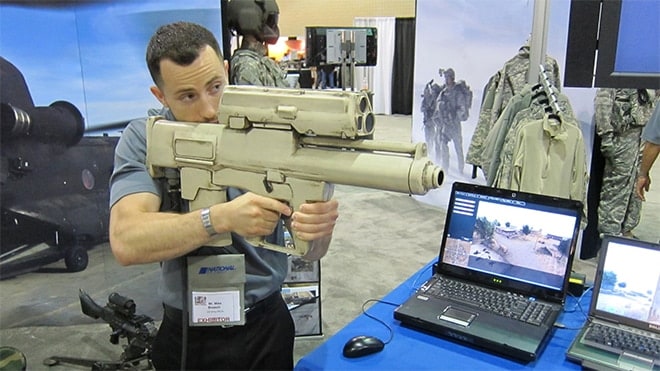 Aerospace and defense contractor Orbital ATK on Thursday opposed a request from gun maker Heckler & Koch to dismiss a breach of contract suit filed in by the former, who argued the gun maker violated the terms of a $35 million supply agreement.

HK filed the request in a Minnesota court last month, holding up a “teaming agreement,” which the two parties signed concurring to settle any dispute privately through arbitration. ATK argued the dispute in question was over a multi-million dollar subcontract that is separate from the teaming agreement, which does not have an arbitration clause, according to court documents.

The dispute in question is over HK’s failure to fulfill its agreed contract to supply the U.S. Army with a shoulder-fired 25mm airburst grenade system dubbed “the Punisher.”

ATK claimed HK prematurely pulled out of the $35 million agreement to supply the “XM25 Counter-Defilade Target Engagement System,” which can read the distance between the operator and an enemy in a fortified position, according to the complaint filed in January.

To sidestep ATK’s breach-of-contract claim, HK used the St. Petersburg Declaration of 1868, a treaty banning the use of certain projectiles against people. The provision bears resemblance to the principals held in the 1973 Geneva Conventions, which cite the 150-year-old St. Petersburg clause banning the employment of “any projectile of a weight below 400 grammes” or just over 14 ounces against any person.

ATK claims the XM25 wouldn’t be used against enemy combatants who aren’t seeking cover behind a fortified position, so the St. Petersburg Declaration doesn’t apply.

It was because HK breached the subcontract that ATK was unable to deliver the 20 units to the Army on time that the military terminated its contract with ATK in April, the defense contractor argued.

After extensive negotiation efforts, the contractor failed to come up with an acceptable alternative resolution, Army spokesman said in an email to Military.com last month.

ATK claims the German gunmaker caused direct damages of more than $27 million, including “the costs of re-procurement, consideration required by the U.S. Government in exchange for the schedule extension required as a result of HK’s breaches of contract, lost profits” and other associated costs.