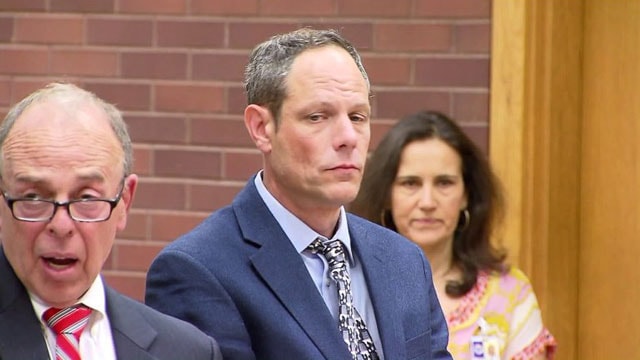 A Connecticut court dismissed gun charges against a former teacher in Newtown, Connecticut, who was caught carrying a handgun on school property last April.

The court last week dismissed the charge of possession of a weapon on school grounds for Jason Adams, 47, after he competed a nine-month pre-trial probation period known as “accelerated rehabilitation,” The Newtown Bee reported.

Adams’ attorney, John Maxwell, said the former eighth-grade teacher started carrying the gun after the deadly 2012 shooting at Sandy Hook Elementary School, in which 20 first-graders were killed alongside six educators. His son was attending the school during the attack, but was unharmed.

Since the shooting, Adams said he and his wife have received numerous threats and harassing communications from “hoaxers” who believe the Newtown shooting wasn’t real. These events led Adams to renew his concealed carry permit and begin to carry a gun.

But while Adams typically kept the gun locked in his vehicle during school hours – which was still illegal – on April 6, 2016, Adams claims he accidentally left the .45-caliber handgun holstered on his belt and carried it into the building before school started. A fellow co-worker apparently saw the weapon and called the police.

Adams admitted to carrying the gun and was arrested. He cooperated with authorities and, as part of a plea agreement, in September was given the option to complete an “accelerated rehabilitation” program, which is intended for first-time offenders who are unlikely to offend again. Successful completion of the program, which resulted Adams again having a clean record, was contingent on Adams not breaking the law again. In addition, Adams was not allowed to possess or own any firearms or have a pistol permit.

Following the incident, Adams was placed on administrative leave and later chose to resign from his position of about 10 years rather than be fired.