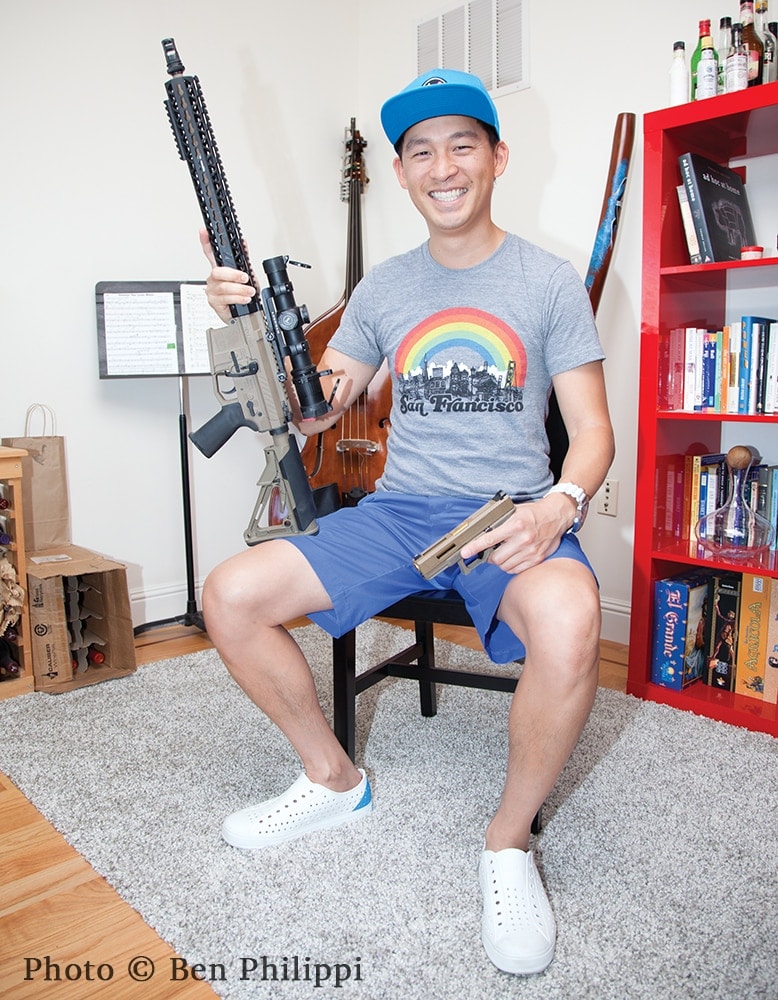 Chris Cheng took a leave of absence from a well-paying job at Google to compete in History Channel’s Top Shot Season 4. He won, and left tech to dive into the firearms industry. He published a book called “Shoot to Win,” he’s been an NRA News commentator, a regular contributor to the NSSF and a vocal supporter of the Second Amendment as an openly gay American.

When my father first taught me how to shoot a gun at the age of six, I remember him teaching me a lot about safety and personal responsibility. Those simple life lessons have stayed with me through adulthood. When I read about some folks expressing shock that someone as young as six years old would be shooting a gun, I think about how their perspective is probably coming from a lack of knowledge and diversity in their lives. I was once that six year old kid shooting a gun, and I’d like to think I came out OK like millions of other gun owners. It’s important that gun owners are vocal and visible to help break down preconceived notions and stereotypes about our community.

As an openly gay American, I appreciate the similarities between gun rights and gay rights. Just as we want anti-gunners to leave us alone, we also want anti-gay proponents to leave us alone. Let us live our lives in peace. We aren’t causing anyone harm. Gun people and gay people are simply seeking safety, security, and happiness, like anyone else. As a principled nation, I’m confident that freedom will always prevail.

It’s my hope that speaking in support of freedom will help us retain and gain more freedom in America. I share my story and perspectives in my book ‘Shoot to Win’ to help show that exercising our Second Amendment rights can have positive results. It sure changed my life when I won the title of Top Shot, a $100,000 cash prize, and an opportunity to walk away from a well-paying job at Google.

Everyday, I am appreciative and thankful that I am living the American Dream. The Second Amendment community created the environment for me to succeed, and therefore I feel a responsibility to pay it forward.