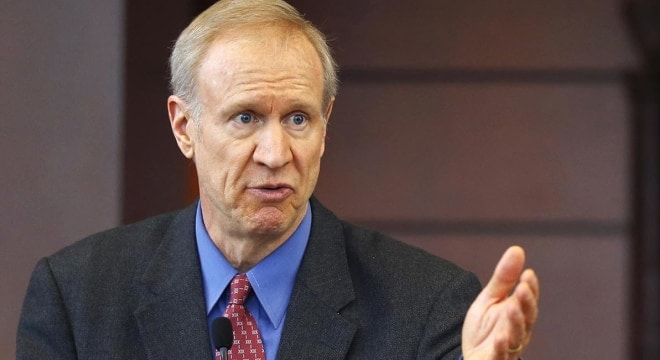 A bipartisan measure designed in part to lengthen prison sentences for repeat gun offenders in Illinois was signed on Friday.

The bill, SB 1722, termed the Safe Neighborhoods Reform Act, passed the Illinois Senate 36-12 and the House 70-41 last month. Republican Gov. Bruce Rauner described it as a landmark effort that was the product of negotiations between his administration, the General Assembly and Chicago officials.

“This legislation provides new tools for law enforcement and the Courts to take on violent crime, while providing a second chance for non-violent, first time offenders,” Rauner said in a statement. “This shows what is possible when leaders at all levels of government work together, and across party lines, to address the challenges facing our cities and state. It took several months of hard work, compromise and bipartisan cooperation — but together, we got it done.”

The new law will up sentences for some repeat offenders who use firearms from the current three to 14 years, to seven to 14 years, requiring judges who elect not to adhere to the new guideline to justify their actions. It comes packaged with several sentencing reforms, such as expanding probation eligibility for first-time drug offenders and giving the state Department of Corrections more leeway in giving credits on sentencing.

An additional facet of the legislation in the creation, under the Illinois State Police, of a Violent Crime Intelligence Task Force aimed at gun crime in Chicago. ISP Director Leo Schmitz said the new force will “compliment proactive measures taken by police officers, and allow law enforcement to focus on taking violent criminals off the street to protect the lives and safety of Illinois citizens.”

The Chicago Tribune editorialized the new law will “make thugs think twice before shooting,” while Stephanie Schmitz Bechteler, executive director of the research and policy center at the Chicago Urban League countered that it does not address the problems causing the Windy City’s violent crime.

“We believe that this violence, and the resulting stress and trauma, is both a public health and community mental health issue, and as such, would be best served by economic, public health, and social service interventions and approaches,” Schmitz Bechteler said.