The next generation: Why the gun industry is focusing on youth 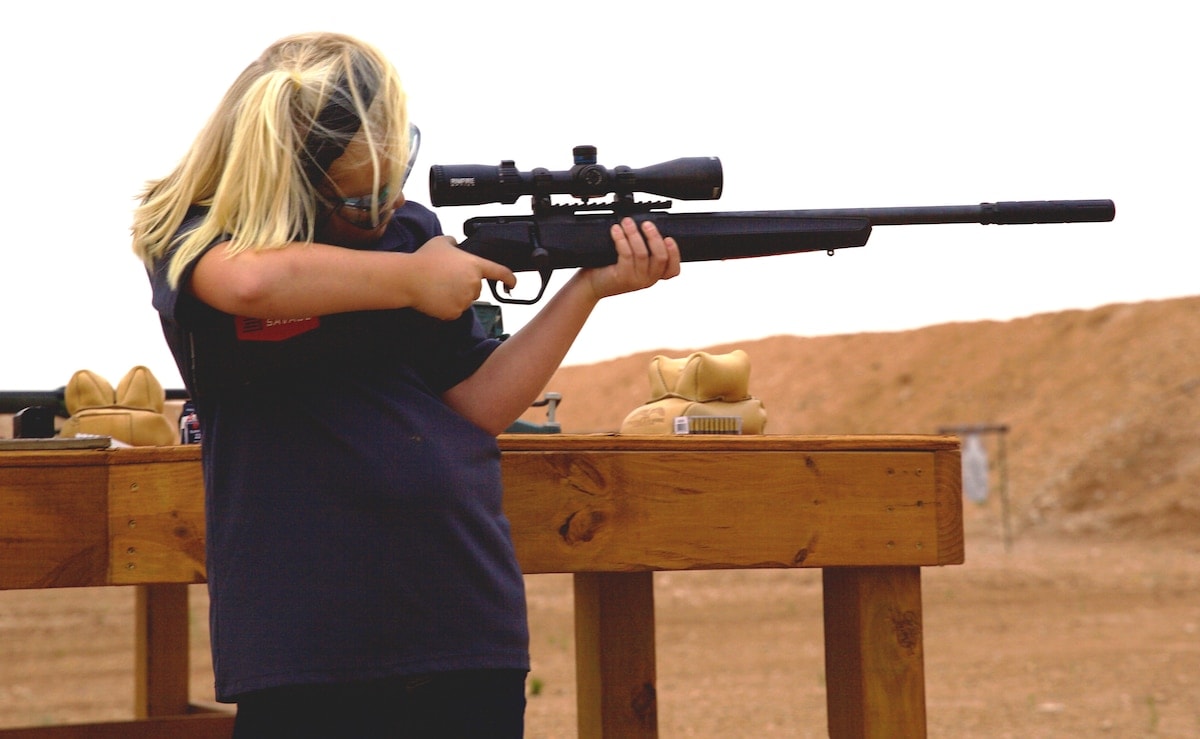 “Start them young,” so the saying goes and that’s exactly what the gun industry is attempting to do. As the current generation of shooters matures, the industry faces a slow collapse if a new batch isn’t bred and ready to replace aging shooters. To combat this gradual demise, enterprising gun makers and rights groups have set their eyes squarely on those under the age of 18, ensuring the greatest chance of survival.

The National Shooting Sports Foundation is one of the organizations backing youth shooters. Serving as the gun industry’s trade association, the NSSF says assisting organizations that train and encourage young people falls directly under the scope of the group’s mission.

“As the trade association for the firearms and ammunition industry, our mission is to promote, protect and preserve hunting and the shooting sports. Supporting youth shooting activities are part of that broad mission,” the NSSF’s Mike Bazinet told Guns.com in an email. “We do support organizations that have an outstanding record of safely introducing youth to a variety of the shooting sports and developing their marksmanship skills.”

Bazinet added, “Learning to work as a team, discipline, self-confidence, a sense of accomplishment. These are all things that are learned through the shooting sports. … There are million, upon millions of parents who do see the benefits of being involved for their sons and daughters.”

The NSSF isn’t alone in its venture to support the next generation. The National Rifle Association, the industry’s lobbying group, supports a variety of youth shooting events, education and opportunities. The organization even goes so far as to cater to families with NRA Family, which provides articles, videos and how-tos centered around family shooting and outdoor ventures.

Other organizations, such as USA Shooting, offer junior programs with the intent of introducing young shooters to Olympic-style shooting sports. These programs, USA Shooting says, aims to offer an outlet to students who may not excel at traditional sports.

“Where a youth may not have excelled in other sports, shooting sports do not require a participant to be the fastest, tallest, or strongest,” USA Shooting says, “It does require — or will teach — patience, determination, organization skills, mental and physical control, safety awareness, goal setting, problem solving, and good citizenship/sportsmanship.”

Gun rights groups and organizations frequently partner with manufacturers to host events and opportunities aimed at bringing fresh faces to the sport, but those events need firearms and gun makers seem more than happy to supply junior shooters with the tools they need to fall in love with the sport.

From Savage Arms’ Rascal series in an array of dazzling colors to Browning’s practical X-Bolt Micro Midas, many manufacturers are not only shrinking their guns to accommodate smaller builds but upping the “cool factor” by providing guns that are eye-catching and visually appealing.

“Thompson/Center has been asked for years for smaller-stocked rifles for youth and small shooters, particularly in our Encore and Pro Hunter lines,” Craig Cushman, Director of Marketing for Thompson/Center, told NRA Family in 2014.

At the time, the Thompson/Center had just released the HotShot rifle, a gun specifically engineered for kids under the age of 13.

“We’re targeting the 6 to 12-year-old range and feel that with the inclusion of the one-inch spacer in the box, there will be a longer period that the child can use the rifle, potentially out to 15 years old,” Cushman said.

Not everyone is pleased, however, with the idea of marketing guns specifically to children. The Violence Policy Center published a report that was picked up by major news outlets in 2016 condemning the gun industry for targeting children and likening gun rights groups and manufacturers to the tobacco industry.

“Imagine the public outcry if the alcohol or tobacco industries introduced child-friendly versions of their adult products. Or imagine if they devised a plan to deploy ‘youth ambassadors’ to convince their playmates to join them in these adult activities. Yet the firearms industry and gun lobby are doing all of these things and more in their aggressive efforts to market guns to children,” Josh Sugarmann, VPC Executive Director and author of the 54-page report, said in a press release.

It’s worth noting that the VPC has been criticized by gun advocates in the past, including John Lott’s Crime Prevention Research Center. The CPRC called out VPC in 2014 for publishing data on “concealed carry killers” with “massive errors.”

Regardless, gun advocates and manufacturers show no signs of slowing. Through products, marketing and education-based efforts the industry continues to rally around the fresh faces and new opportunities youth shooters bring.