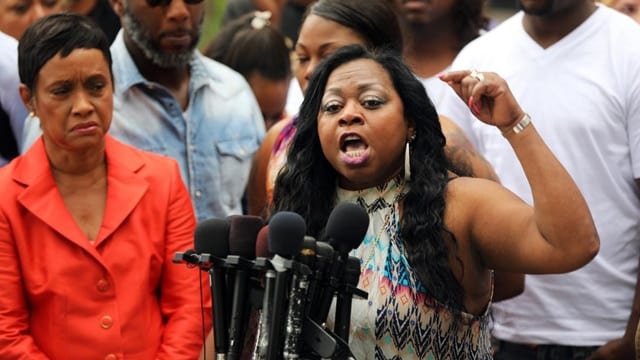 Valerie Castile, mother of Philando Castile, speaks about her reaction to a not guilty verdict for the officer who killed her son during a traffic stop last July. (Photo: Renee Jones Schneider/Star Tribune via AP)

The family of Philando Castile, a black concealed carrier gunned down by a police officer during a traffic stop, settled a wrongful death suit with the village of St. Anthony, attorneys for the family and the city said Monday in a joint statement.

Castile’s mother, Valerie Castile, acting as trustee for the next-of-kin, will receive $2.995 million, according to the statement, adding the monies will be paid through the city’s coverage with the League of Minnesota Cities Insurance Trust rather than taxpayer dollars.

“The city and the trustee were able to reach this agreement avoiding a federal civil rights lawsuit which may have taken years to work its way through the courts exacerbating the suffering of the family and of the community,” the statement says.

The decision to settle comes as part of an effort to help ease the tension between authorities and an outraged public brought on by Castile’s unnecessary, violent death and the acquittal of the officer who pulled the trigger.

The agreement comes 10 days after a jury found Officer Jeronimo Yanez not guilty of second-degree manslaughter. On the same day of the verdict, St. Anthony announced Yanez would no longer serve as an officer with its police department.

Yanez shot and killed 32-year-old Castile last July during a traffic stop in the St. Paul suburb of Falcon Heights. Castile told Yanez he was licensed to carry a firearm and then reached for his wallet. Yanez fired his weapon seven times at Castile, with five bullets striking him.

After the trial, authorities released police dash cam video of the incident. In the video, Castile tells Yanez that he has a firearm to which Yanez responds by saying, “Ok. Don’t reach for it. Don’t pull it out.” Then seconds later, Yanez pulled his gun and opened fire.

Castile’s girlfriend brought national attention to the incident when she streamed the moments after the shooting on Facebook Live. The video shows a frantic Yanez yelling and pointing his weapon at Castile, who sat slumped over and bloodied in the driver’s seat. Castile’s girlfriend and her four-year-old daughter were in the background.

Yanez’s attorneys argued the shooting was justified as the officer thought he was in fear for his life. At the time of the incident, he thought Castile fit the description of a robbery suspect and was reacting to the presence of a gun. Also, since he smelled marijuana coming from inside the car, he thought Castile was capable of making a reckless and violent decision like drawing his gun. So when Castile reached near his pocket with a U-shape grip, Yanez opened fire.

Both the verdict and the incident sparked national outrage, with many describing the issue as a pattern of racial profiling by police. Although the carrying of a concealed weapon was factor in Castile’s death, major gun rights organizations that advocate carrying concealed weapons for public safety have not commented on the issue.