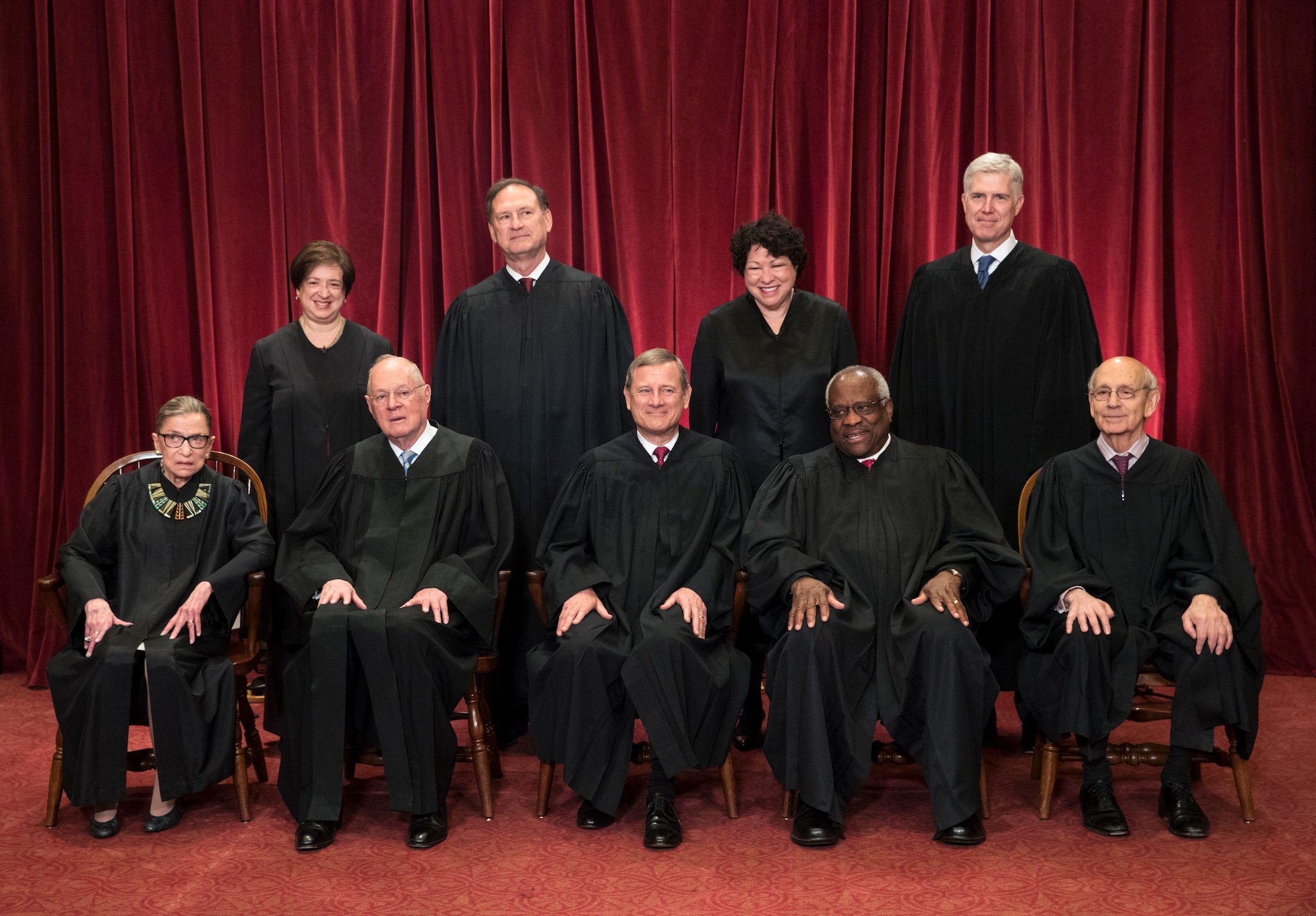 Four Justices were needed to grant review of the case. In the end, only Associate Justices Neil Gorsuch and Justice Clarence Thomas spoke to Peruta’s merits. (Photo: J. Scott Applewhite/AP)

The nation’s highest court swatted away a chance to let lower courts know it meant what it said in its 2008 Heller decision over gun rights issues by taking the case of a San Diego man, Edward Peruta, whose saga to obtain a permit in that county started in 2009 and has been in federal court ever since his subsequent refusal because he could not show “good cause” as to why he felt the need to carry a gun.

Submitted to the high court in January, Peruta has been distributed for conference by the justices 12 times, needing just four of the jurists to agree to accept the case for review. However, even with the addition of Associate Justice Neil Gorsuch in recent weeks, the petition was denied on Monday.

Gorsuch did, nonetheless, join conservative bulwark Justice Clarence Thomas, in a scathing eight-page dissent, springing to the defense of the merits of the Peruta case.

Thomas argued the court should have taken Peruta, saying the logic used by an en banc panel of the U.S. 9th Circuit to overturn an earlier pro-gun ruling was “indefensible, and the petition raises important questions that this Court should address.”

The dissenting Justices contrasting Peruta with Heller, in which the court, in an opinion penned by the late Justice Antoin Scalia, spoke to the right to carry firearms in general.

“I find it extremely improbable that the Framers understood the Second Amendment to protect little more than carrying a gun from the bedroom to the kitchen,” said Thomas.

Pointing out that 26 states had supported the Peruta challenge, and that a host of lower courts have issued opinions on both sides of the issue, Thomas held that the nation’s high court dropped the ball by not settling the matter.

“Even if other Members of the Court do not agree that the Second Amendment likely protects a right to public carry, the time has come for the Court to answer this important question definitively,” he said. “Hence, I do not see much value in waiting for additional courts to weigh  in, especially when constitutional  rights are at stake.”

Thomas argued the Supreme Court in recent years has shown extreme reluctance to hear gun cases, therefore treating the “Second Amendment as a disfavored right,” going so far to point out that the Court has not heard an argument on the right to keep and bear arms since the 2010 McDonald case– a seven-year drought during which the Justices heard approximately 35 First Amendment and 25 Fourth Amendment cases.

“This discrepancy is inexcusable, especially given how much less developed our jurispru­dence is with respect to the Second Amendment as compared to the First and Fourth Amendments,” said Thomas.

In closing, the 69-year-old Justice who replaced Thurgood Marshall on the bench in 1991 after a nomination by President George H.W. Bush, spoke to the core of the Second Amendment.

“For those of us who work in marbled halls, guarded constantly by a vigilant and dedicated police force, the guarantees of the Second Amendment might seem antiquated and superfluous,” he said. “But the Framers made a clear choice: They reserved to all Americans the right to bear arms for self-defense. I do not think we should stand by idly while a State denies its citizens that right, particularly when their very lives may depend on it.”

“The Supreme Court’s decision not to review Peruta v. County of San Diego is a win for gun safety,” said Eric Tirschwell, litigation director for Everytown for Gun Safety in a statement. “The Peruta decision is consistent with four other federal appeals courts all across the country that have found the Second Amendment leaves plenty of room for states and localities to make their own determinations about who can carry a concealed handgun in public.”

The case was backed directly by the National Rifle Association and its state arm in California. The organization on Monday found the denial to take up the case by the high court disappointing.

“As Justices Thomas and Gorsuch correctly stated, too many courts have been treating the Second Amendment as a second-class right,” said Chris W. Cox, executive director of the NRA’s lobbying arm. “That should not be allowed to stand. As the Supreme Court stated in its landmark decision in Heller v. District of Columbia, the Second Amendment guarantees an individual right to keep and bear arms for self-defense. The framers of our Constitution did not intend to limit that right to the home.”