In a press release, the company bills the test as the first successful use of a fully integrated laser system from a helicopter to engage a target, which was reportedly zapped from 1.4 km away while the Apache was airborne. The above video shows the engagement, but sadly not the aftermath.

“Our goal is to pull the future forward,” said Art Morrish, vice president of Advanced Concepts and Technologies for Raytheon Space and Airborne Systems. “This data collection shows we’re on the right track.”

Guidance for the beam was via a version of their Multi-Spectral Targeting System, an electro-optical/ infrared system used on a number of drones and manned aircraft already. 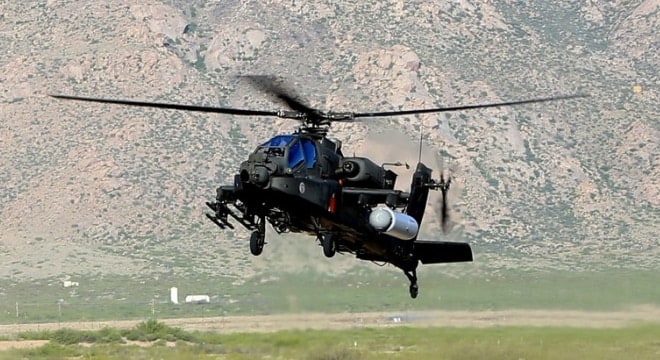 The company uses a Planar Waveguide structure high energy laser which was originally designed to detect and track vehicles and aircraft.

The Apache-based tests have been planned since at least last May, with SOCOM Project Manager Col. John Vannoy noting at the time that lasers could possibly be more efficient than expending ordnance, especially on low-value targets.

“I’m talking about vehicles, maybe generators, those kinds of structures – vice sending a missile, which can be very costly,” said Vannoy.