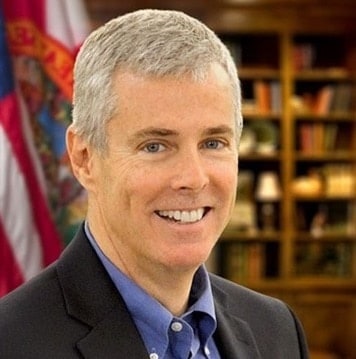 A Jacksonville, Florida school board member is making waves by calling for charges against parents of students who bring guns to school.

The Florida Times-Union reported Duval County Public Schools board member Scott Shine is tired of students being the only ones punished in such cases, when often parents have not safely secured their firearms at home.

There reportedly have been at least 12 incidents in which students have brought guns to Duval County schools in the last year, the most recent involving a Neptune Beach first-grader. In at least three of those cases, students brought their parents’ guns from home.

“These are not kids who went out looking for a gun to do something,” Shine said. “These are kids who found a gun or it came to them. … People are all worked up about guns in schools but, quite frankly, parents are just leaving their guns laying around.”

“What if we can get parents to keep their guns locked up? Half the guns would be gone from schools. That’s an opportunity to me,” Shine added.

Shine, who is present at expulsion hearings and taught firearms safety classes for eight years, said parents rarely admit when leaving a gun unsecured in the home.

“I’m encouraging the district (police) to start charging the parents,” Shine said. “They can file a report and ask (the Jacksonville Sheriff’s Office) to make the charge.”

Shine noted that under Florida law, it is illegal to leave a gun unsecured around children. If police take Shine’s suggestion, parents could face misdemeanor charges or worse.