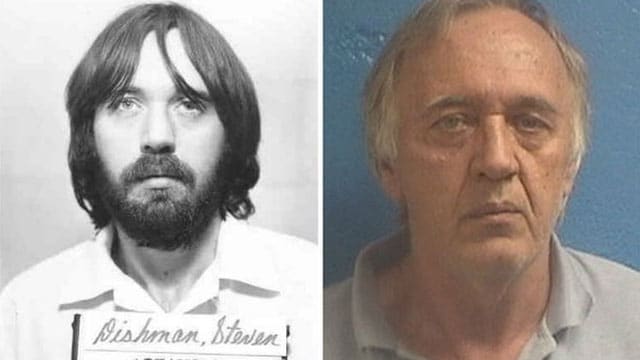 An inmate who eluded authorities for more than three decades after escaping from prison is back in custody after he was captured Sunday at a home in Springdale, Arkansas.

According to the Arkansas Department of Correction, Steven Dishman, 60, escaped from the Benton Unit on May 28, 1985, some 220 miles from where he was found over the weekend.

Local authorities and the Arkansas State Police worked together to apprehend Dishman.

According to reports from local media, law enforcement found the fugitive thanks to a tip from Dishman’s acquaintance, who authorities say met him about five years after the escape and knew him by another name. No other information was released about the tipster.

Special agents with the Arkansas State Police Criminal Investigation Division are working to locate others who may have known Dishman while he was on the run, as well as where Dishman has lived for the past 30 years.

At the time of his escape, Dishman had served less than five months of a seven-year sentence that stemmed from burglary and theft of property charges out of Washington County. He was also serving a concurrent sentence for drug and gun charges. He would have been eligible for parole on Dec. 28, 1987, about three years into his sentence, according to reports.

Solomon Graves, the Arkansas Department of Correction Public Information Officer, said Dishman will now be required to serve the remainder of his sentence, and likely won’t be up for parole anytime soon. Dishman’s case will be forwarded to the Jefferson County prosecutor to determine whether additional charges are warranted.

Dishman is currently being held at the Varner Unit in Grady, about 70 miles southeast of Little Rock. Prior to his escape, he was held at the Cummins and Wrightsville units as well.

Currently, four prison escapees remain at large in the state of Arkansas.