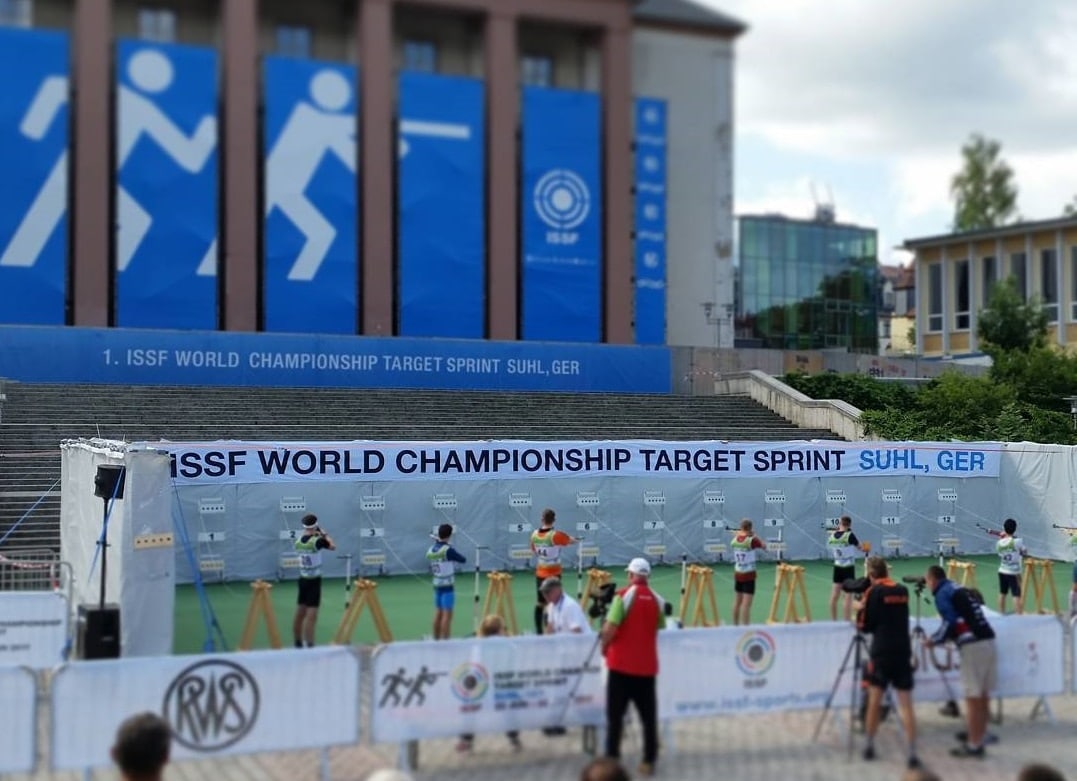 The event, held in Suhl, Germany, and referred to officially by the ISSF as Target Sprint, makes competitors run a 400m track, then take their rifle from a storage rack and shoot at five falling targets from a 10m standing position with a time penalty for each missed shot. The athlete then repeats the lap and shoots again, followed by another lap to the finish line. 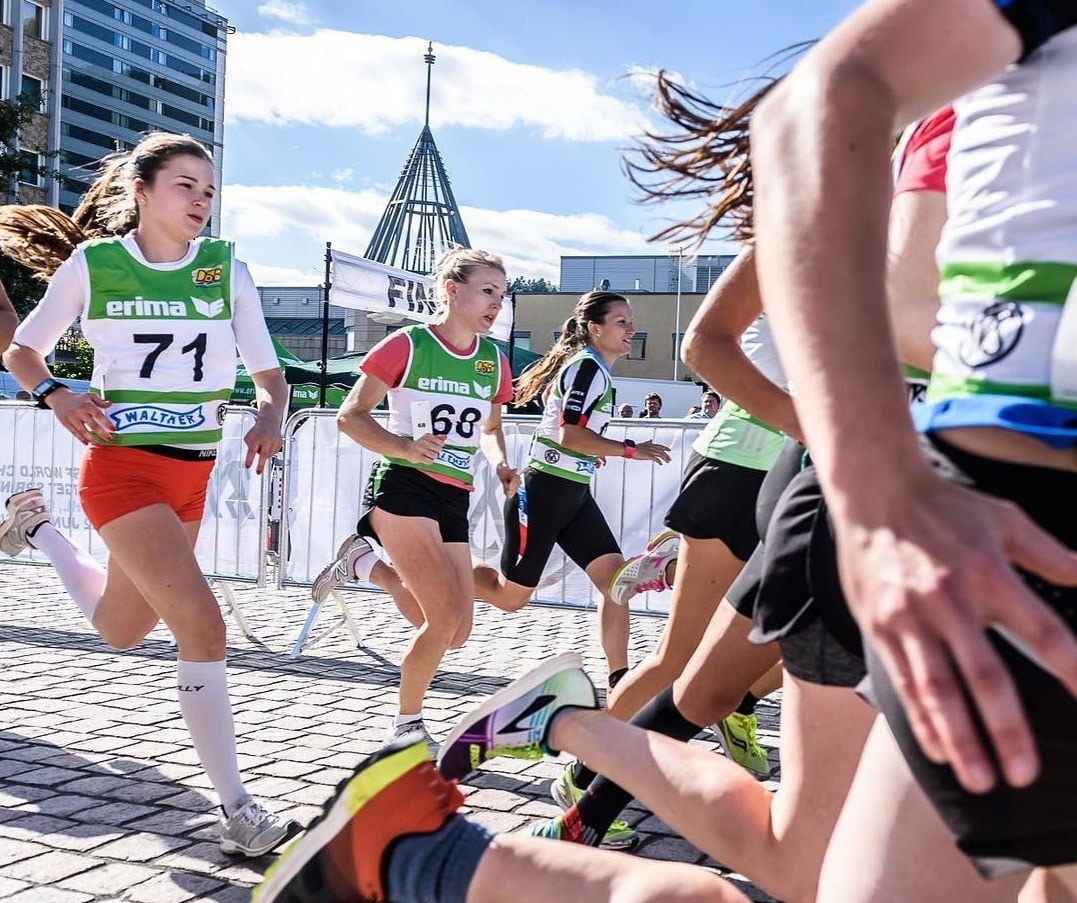 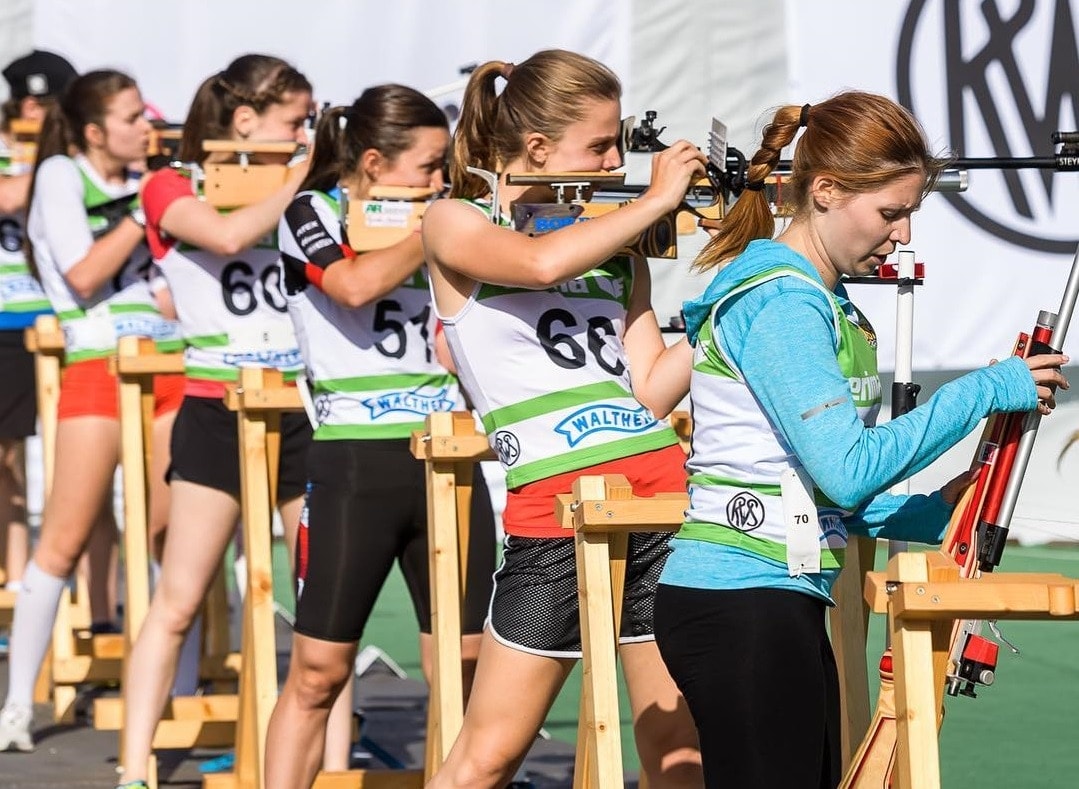 Shooting is done with a set of five targets, with 15 rounds from 10m. Penalties for missed targets add to the competitors’ time. Rifles are racked between shoots. (Photo: ISSF)

“Target Sprint represents an ISSF commitment to also include action and fitness in the shooting sport,” said Anderson. “Its healthy combination of air rifle shooting and running has brought an exciting dynamic and many new participants to our Olympic sport. After successful tests in several cities in Germany and other countries, the time has come to also give Target Sprint athletes their own World Championship.”

The event saw 78 athletes from 10 countries participate, with the largest contingents hailing from Germany, Hungary, and Italy. The U.S. did not have any entries.

In all, the Germans walked away with 17 of 21 medals awarded. Additional medals were won by competitors from the Egypt and the Czech Republic, with the Czechs notably winning the gold in the mixed team event.

The full results book can be found on the ISSF website.