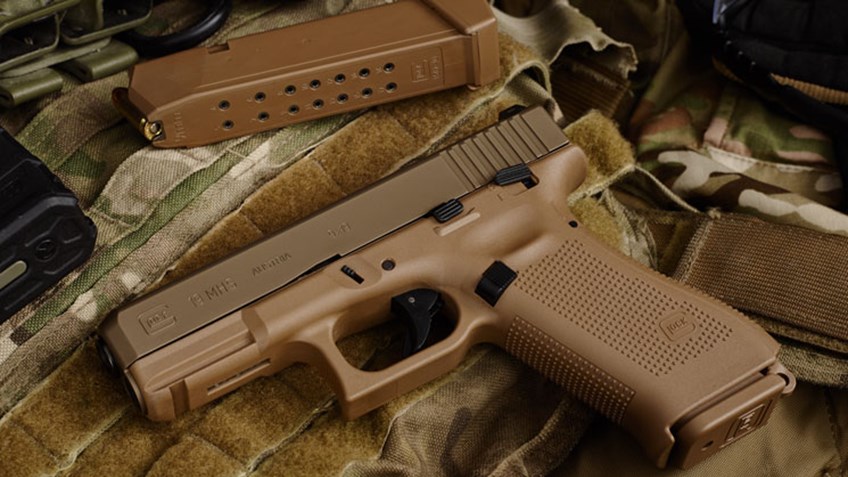 Glock’s entry into the selection for the Army’s new handgun contract were modified variants of their compact 9mm Glock 19 and .40S&W Glock 23 (Photos: American Rifleman/TFB)

With the Army’s Modular Handgun System contract now firmly in the hands of Sig Sauer, images of Glock’s entry for the M17 and M18 pistol have emerged.

Posted first by American Rifleman and then by The Firearm Blog late Tuesday, Glock’s suitor for the largest U.S. military handgun award since 1985 has a number of differences from their standard offerings.

These include a lanyard ring at the bottom of the grip, black ambi surface controls, a lack of finger grooves, a manual thumb safety, extended mags, and a flat dark earth finish. The models offered outwardly seem like otherwise variants of the Gen 4 G19 in 9mm and G23 in .40S&W. Not pictured are threaded barrels, a contract requirement, or ammunition, which was provided by Federal. 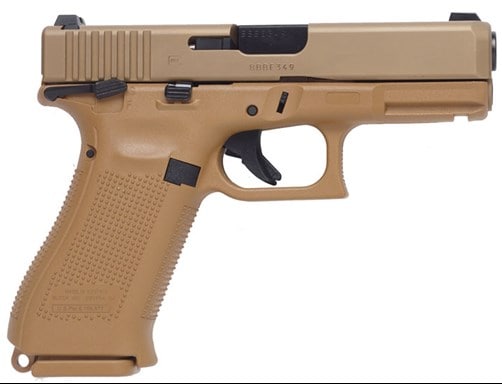 Last Friday, the Government Accounting Office posted the redacted denial of Glock’s protest over Sig’s award, which, though noting Sig’s P320 offering had a “slight technical advantage,” the biggest difference between the two was in price– with Glock’s bid more than $100 million higher than Sig’s.

In a statement issued by the company earlier this month, Glock felt the contract was improperly valued and that their offering met or exceeded the Army’s requirements, and, if tested long enough, would have been the winner.

“The focus of Glock, Inc.’s protest was that the U.S. Army did not complete the testing outlined in its Request for Proposal (RFP) before awarding the MHS contract to Sig Sauer based only on limited initial testing,” said the statement. “During this initial testing, there were no significant differences between the Glock and Sig pistols based upon the technical factors that were evaluated. In fact, Sig Sauer was awarded the MHS contract prematurely based upon price.”