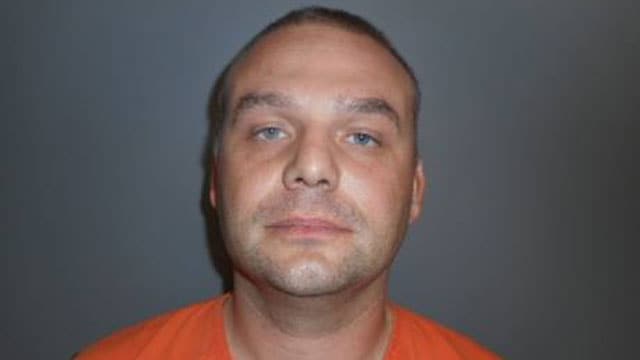 Richard Gathercole, 39, was arrested after he shot at a state trooper, but authorities later learned he’s wanted for a series of bank robberies. (Photo: Federal Bureau of Investigation)

A chance encounter at a gas station in Lexington, Nebraska, last week led to the capture of a suspect involved in half a dozen bank robberies and two shootouts with police, with the suspicion furthered after the man made a damning phone call from jail to his mother.

Richard Gathercole, 39, of Roundup, Montana, is believed to be responsible for six armed bank robberies over five states in the last five years. Gathercole is also the suspect in two officer-involved shootings, including one which left a California police officer seriously wounded.

The Dawson County Sheriff’s Office confirmed that Gathercole, who was dubbed the “AK-47 bandit,” was taken into custody at gunpoint June 20 without further incident.

While in jail, Gathercole made a phone call to his mother instructing her to “get all the guns out.” She agreed to do so, but also pointed out to Gathercole that his call from the jail was likely recorded. Gathercole’s mother was right.

Soon after the call was made, authorities executed a search warrant at Gathercole’s home, where they found a cache of weapons, including those that matched the description of the ones used in six bank robberies. Authorities also found what was described as explosive devices.

The robberies occurred throughout California, Washington, Idaho, Nebraska and Iowa, but during the California robbery in 2012, Gathercole engaged in a shootout with a Chino police officer outside of the bank, leaving the officer seriously wounded. The officer has since recovered and returned to the force, but San Bernardino County Prosecutors say they plan to file a charge against Gathercole for attempted murder of a peace officer. Currently, Gathercole is being held on state theft and possession of stolen firearms charges, with federal charges pending.

Authorities say Gathercole caught the attention of sheriff’s deputies last week because he was driving a pickup truck that matched the description of one used in a shooting involving a Kansas State Trooper just one day prior. The shooting occurred on June 19 as a state trooper initiated a routine traffic stop near Goodland. But Gathercole refused to stop and instead led authorities on a high-speed chase, during such time he opened fire on the trooper, who was uninjured.

During the pursuit, Gathercole crashed his vehicle, but authorities later learned that he likely stole a truck from a nearby farm and continued across the Nebraska state line. The description of that truck is what led deputies to him.

“This really is a prime example of being able to call up, turn that switch and work the case even though it’s been dormant while we haven’t heard from this person or active in any other bank robberies,” said Kristi Johnson, FBI assistant special agent in charge.