With plush accommodations, this isn’t your uncle’s gun range 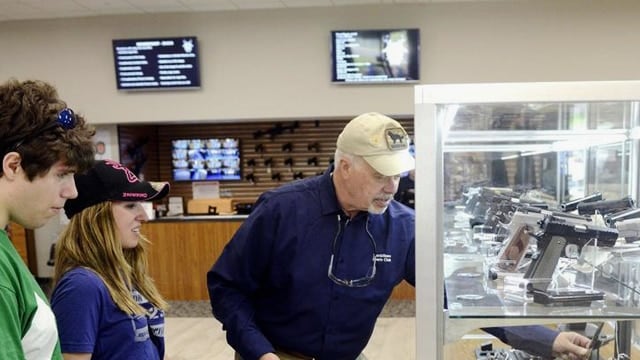 Chicago still doesn’t have any gun ranges within city limits, but in the northern suburbs, a new “gun-try club” opened last month.

The nearly 20,000-square-foot Northshore Sports Club in unincorporated Lake Forest has a quarter million dollar Ferrari in its showroom, according to a local report.

And the luxury doesn’t stop there. The facility, which looks and feels more like a casino or a country club, features a member’s lounge, a cafe, a full kitchen and a locker room with fingerprint-enabled locks. The two shooting ranges are air-conditioned, and there’s a gunsmith on hand.

Oh yeah, and you can shoot a Tommy Gun.

“We’re trying to have something unique,” owner Xiaoda Zhang said.

“We want people who want to be part of a club mentality, who want to be able to network, who might not be completely familiar with firearms,” said Anthony Miniscalo, director of food and beverage. “We want that elite feel for our members that are beyond what’s in the area.”

Mike Bazinet, a spokesman for the National Shooting Sports Foundation, says more and more high-end ranges are popping up all over the country.

“In the old days, it might have been enough to send a target down the line and fire away for half an hour,” he said. “The ranges that are closing are the older ones.”

And a different sort of clientele populates such ranges — those who haven’t shot before, or a young couple on a date.

Members pay $4,000 a year for the first family member, and $2,000 for each additional. Customers can also pay by the hour.

“This is something you’d expect to see in Beverly Hills,” one customer said.