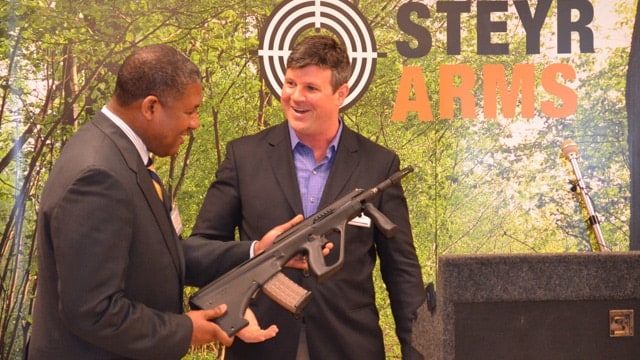 Gun maker Steyr Arms announced plans to relocate manufacturing efforts for products it sells in the U.S. from Austria to Alabama.

The gun company said it will invest $2.9 million to build a manufacturing component to its Bessemer facility, according to a statement by Birmingham Business Alliance.

While the effort will add up to 10 jobs, the investment will mainly include buying new equipment for producing and assembling firearms. The company expects to complete the project by June 2019, but manufacturing on-site will begin later this year.

This is the company’s second major investment in Alabama in five years. Steyr Mannlicher, the head company headquartered in Austria, invested $1.7 million to relocate U.S. operations from Trussville to Bessemer in 2013. Since, the company has doubled its workforce to 15 people.

Steyr president Scott O’Brien said: “This expansion represents a great deal of trust in our operations in Bessemer, on behalf of our parent company.”

City and state officials applauded the effort and attributed the announcement to a “positive business climate.” The secretary for the state’s Commerce Department called Alabama an ideal location for gun manufacturers.

“Steyr Arms’ decision to add a manufacturing component to its operation in Bessemer shows that Alabama provides an ideal environment for firearms makers, along with many other manufacturing businesses,” he said.