Teen charged in accidental shooting of boyfriend for Youtube stunt 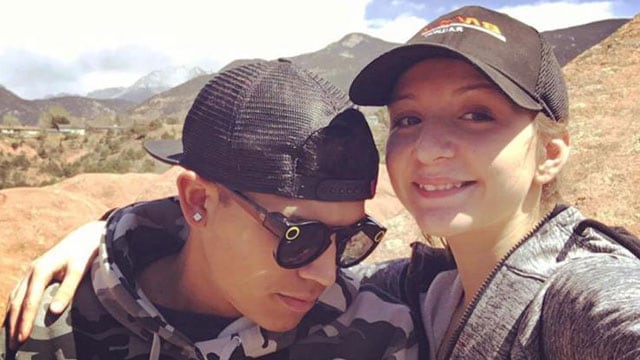 Those who knew the couple say they adored one another and there’s no doubt Ruiz’s death was an accident. (Photo: Facebook)

A Minnesota woman accidentally killed her boyfriend by shooting him in the chest during filming of a stunt they planned to post to their Youtube channel.

Authorities charged Monalisa Perez, 19, with second-degree manslaughter for the death of 22-year-old Pedro Ruiz III, according to a criminal complaint filed Monday in a Norman County court.

For their video, the couple planned for Perez to shoot a book with a Desert Eagle .50-caliber handgun as Ruiz held it in front of his chest. They were convinced the book would stop the bullet, as they had practiced with other books, court documents say.

After performing the stunt, Perez immediately called 911 and told the dispatcher she accidentally shot her boyfriend. When first responders arrived at the couple’s rural Minnesota home, medical aid was rendered, but Ruiz died on the scene despite efforts to save him.

Perez shot Ruiz from about a foot away, court documents say. Authorities collected the couple’s video of the failed stunt for evidence and said they do not plan on releasing it.

The couple has a YouTube channel dedicated to “the real life of a young couple who happen to be teen parents. From highs to lows. Achievements to struggles,” the channel’s description says. They have one child together, a three-year-old daughter, and Perez is reportedly seven-months pregnant.

About 30 minutes before the shooting, Perez said in a Twitter post: “Me and Pedro are probably going to shoot one of the most dangerous videos ever. HIS idea not MINE.”

Family members say the couple was working to increase the number of subscribers on their channel, which currently rests at just under 2,000.

“There’s people out there doing crazy things to get these views, to get their numbers up,” Claudia Ruiz, Pedro’s aunt, told local media. “I think they just need to think twice and … don’t do it.”

Claudia said her nephew told her about the stunt beforehand and she warned him not to do it. She described Perez as a loving girlfriend and mother and said Pedro, who worked as an engineer for BNSF Railway, “had so much going for himself.”

The day of the shooting, Perez posted the couple’s last video on Facebook and announced plans to expand their YouTube channel into two separate channels. “All the crazy stuff will be on his channel and mine will be our family life,” Perez said in the post.

Perez was released on a $7,000 bail but will be required to wear an ankle monitor and cannot have access to firearms. If convicted, she could face up to 10 years in prison.